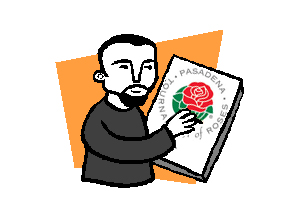 It seems as if the award-winning 2011 rose float Galactic Expedition just finished rolling down Colorado Boulevard, but the deadline is drawing near to decide on the Cal Poly Universities' theme for the 2012 entry.

It seems the roses have barely wilted on the 2010 prize-winning “Jungle Cuts” float, but it’s already time to start planning for the 2011 Rose Parade. The Cal Poly Pomona Rose Float Committee, in conjunction with its counterpart at Cal…