A new book compiled and co-edited by English Professor Dewey Hall examines the connection between humans, non-human species, and inanimate objects through the observations of women writers.

The book titled “Gendered Ecologies: New Materialist Interpretations of Women Writers in the Long Nineteenth Century” was co-edited with Jill Marie Murphy, a professor at Union College in Schenectady, New York, featuring the work of several prominent researchers focused on ecocriticism, the interdisciplinary study of literature and the environment. 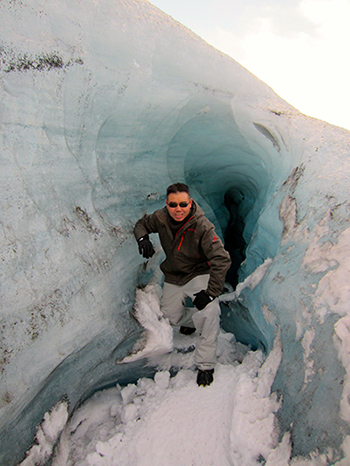 Hall said he intentionally focused on women writers and their contributions to ecocriticism for his fourth book, which was published in joint agreement by both Clemson University Press and Liverpool University Press.

“Often there is a focus on male scientific writers, and we ignore the women writers,” he said. “These women are watching science take place and recording it.”

Hall teaches British literature, specifically Victorian and Romantic, and serves as coordinator of the English Education program for prospective high school teachers. His research and writing for the past decade have been specifically focused on the growing field of ecocriticism, as it demonstrates how 19th-century writers were early to take an interest in climate-related issues.

He refers to his interest in literary women writers, in particular, as “a natural progression,” as he delved more into ecocriticism and its sub-areas of study beyond the male writers.

“As I looked at the field, there weren’t many books about female literary writers and ecology,” he said. “This book turned out to be timely because this year marks the centennial for the 19th Amendment, which gave women the right to vote.”

Hall began work on the book in 2017. It was published in March 2020. He framed the theoretical trajectory of the edition and put calls out for writers to contribute. He convinced two noted female researchers and authors in the field of ecocriticism – Stacy Alaimo and Jane Bennett – to write the foreword and afterward, respectively.

“The women featured in the book had a passion for both writing and for science, two fields people might think of as disparate until they dig deeper,” Hall said.

“We don’t want to dismiss literary women writers who have an interest in science,” he said. “They are encoding it into their writing. If we have an eye for science (i.e., what was known as natural history in the 19th century), we can begin to look for it. It opens doors and provides avenues where we can talk about literature in a surprisingly different way.”