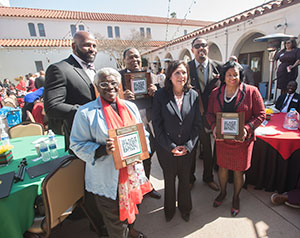 The reception was held at St. Paul’s Episcopal Church in Pomona on Feb. 14. Solis is a Cal Poly Pomona alumna who earned her political science degree in 1979.