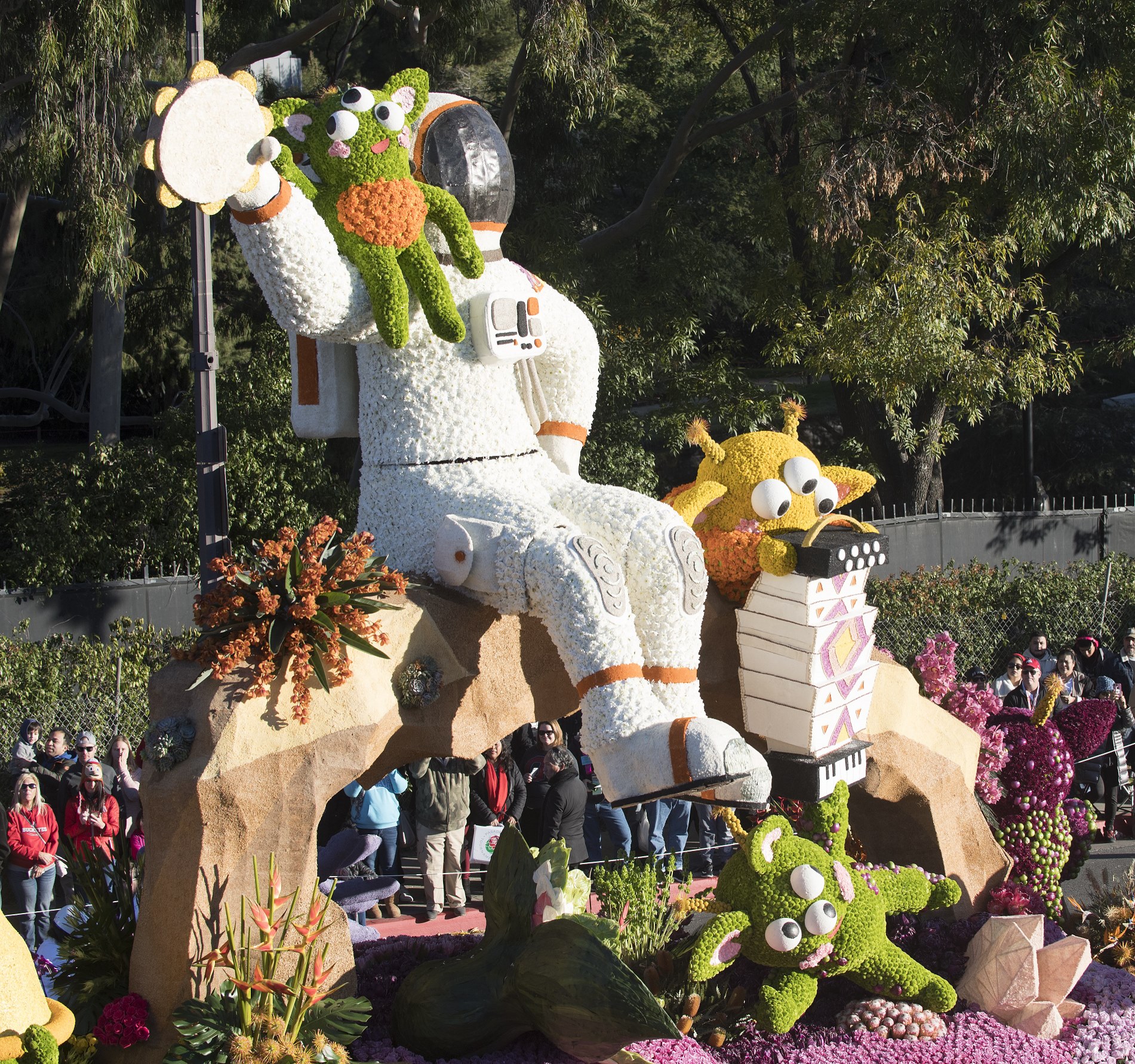 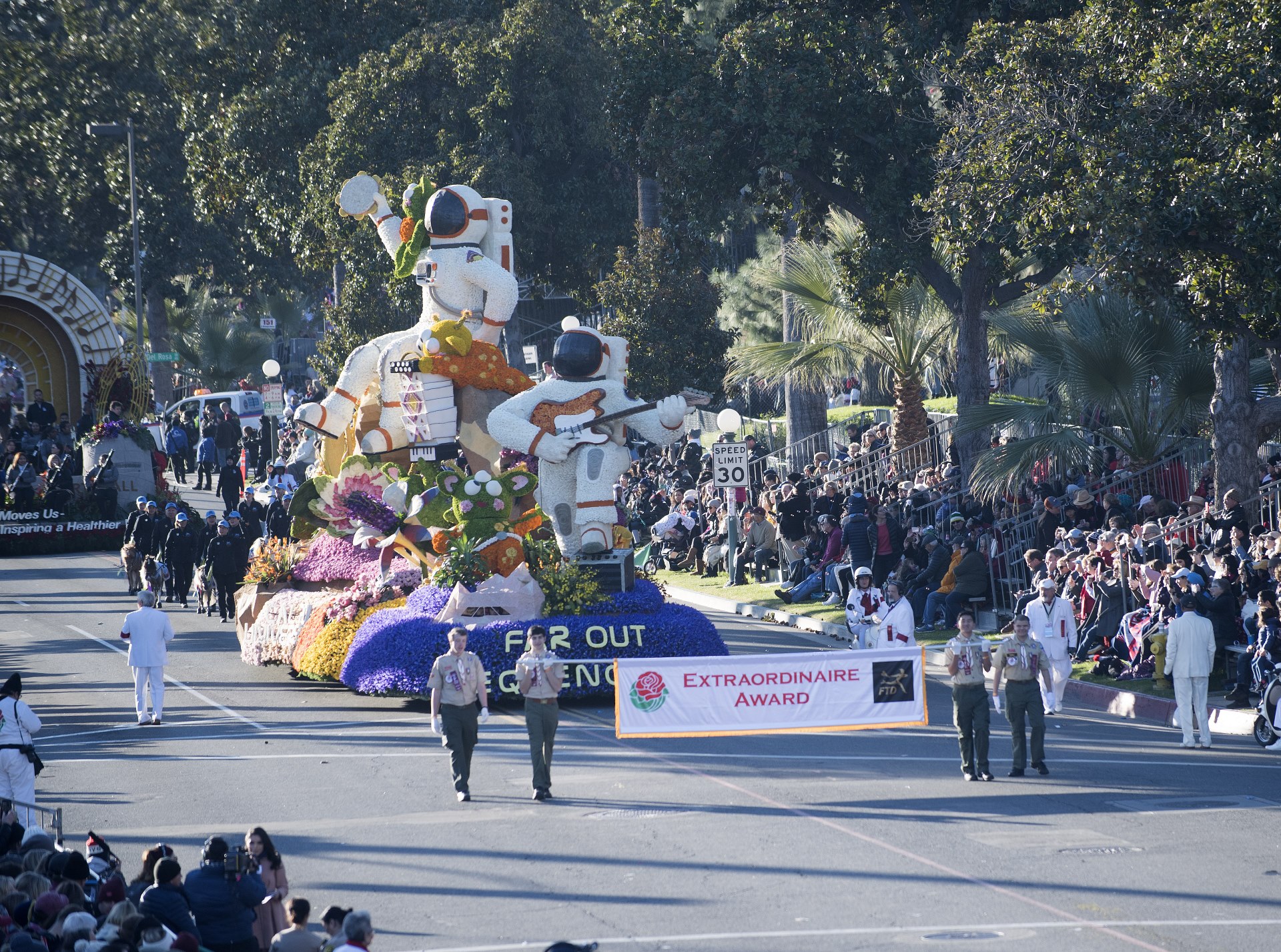 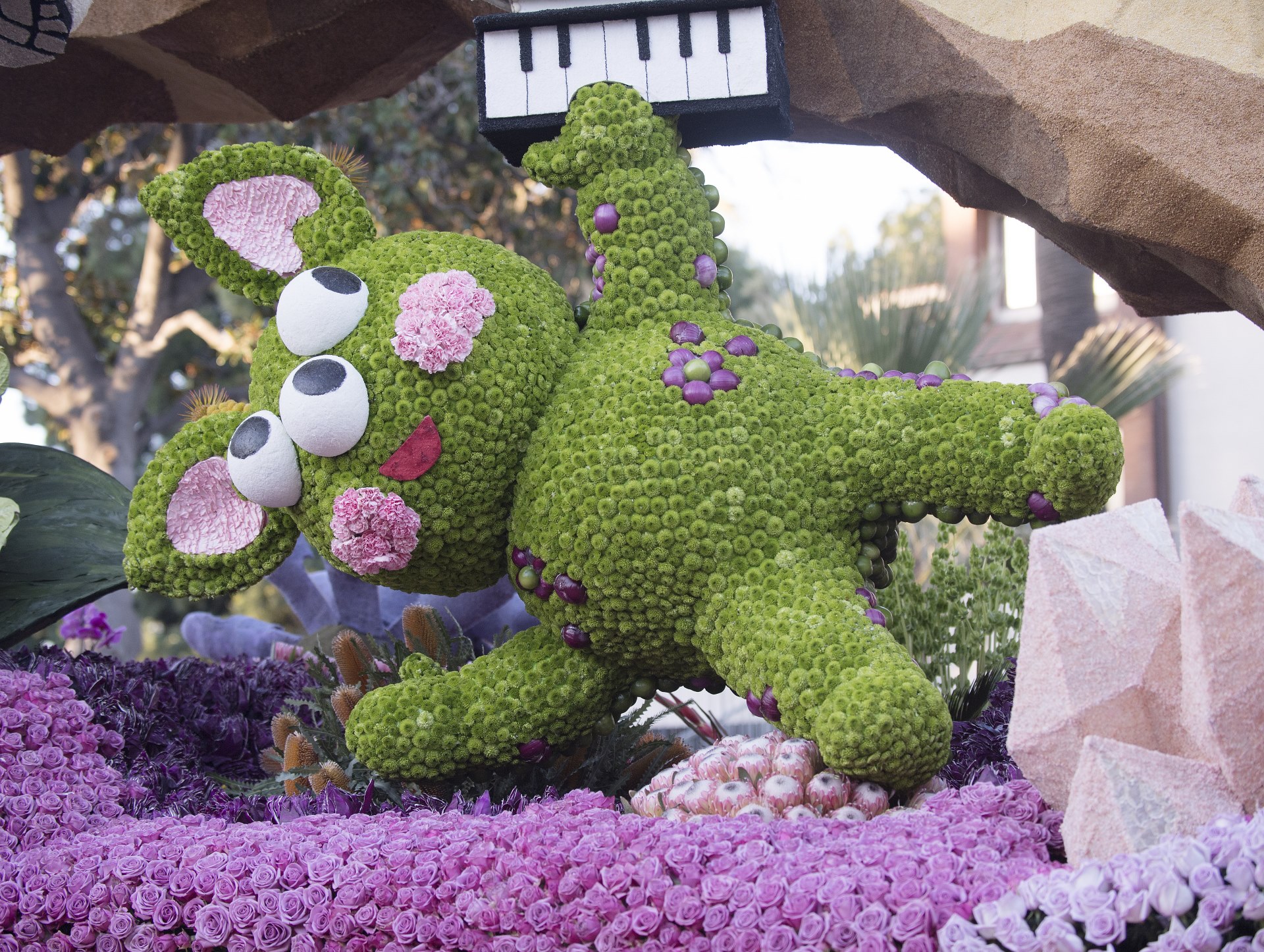 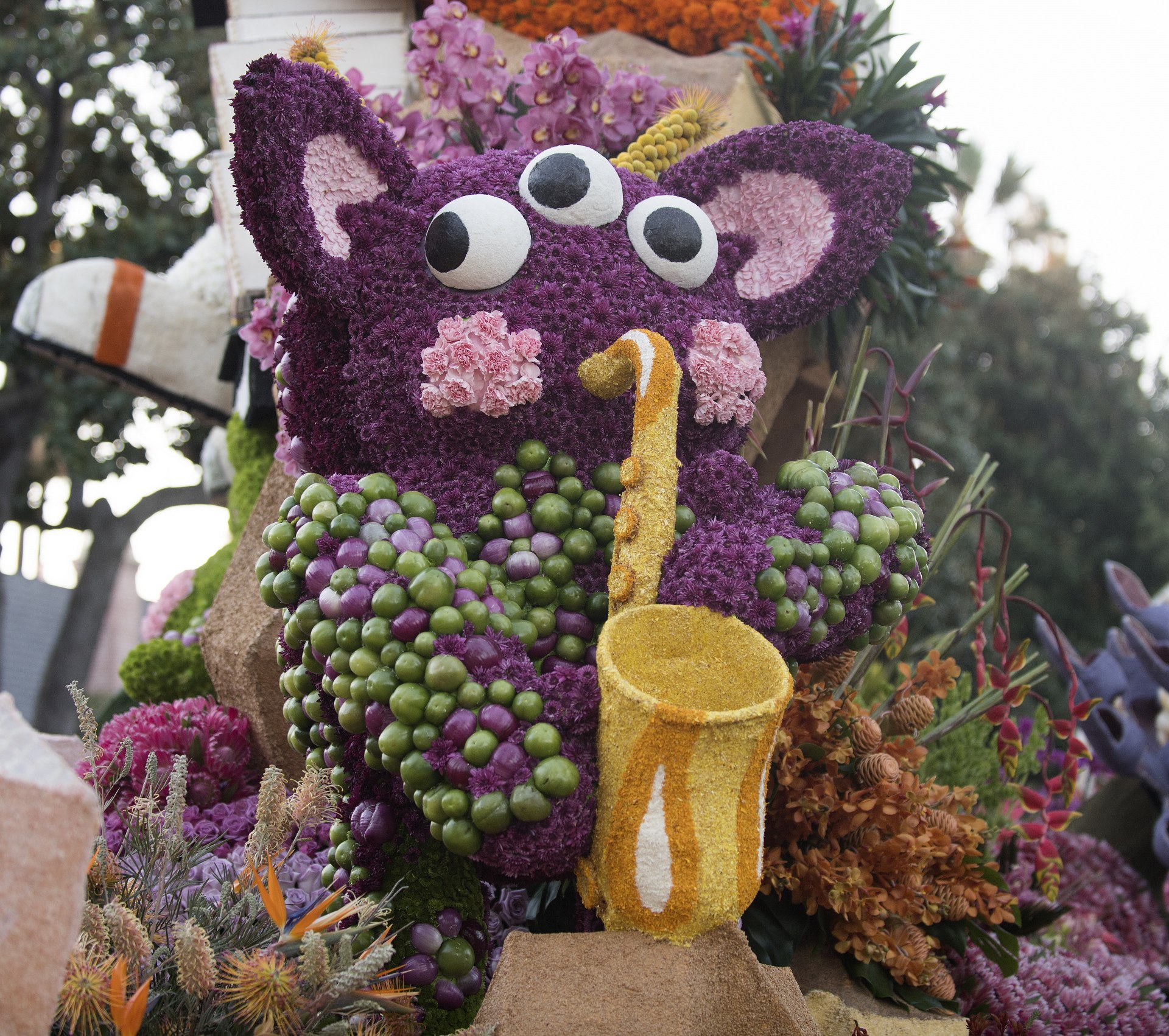 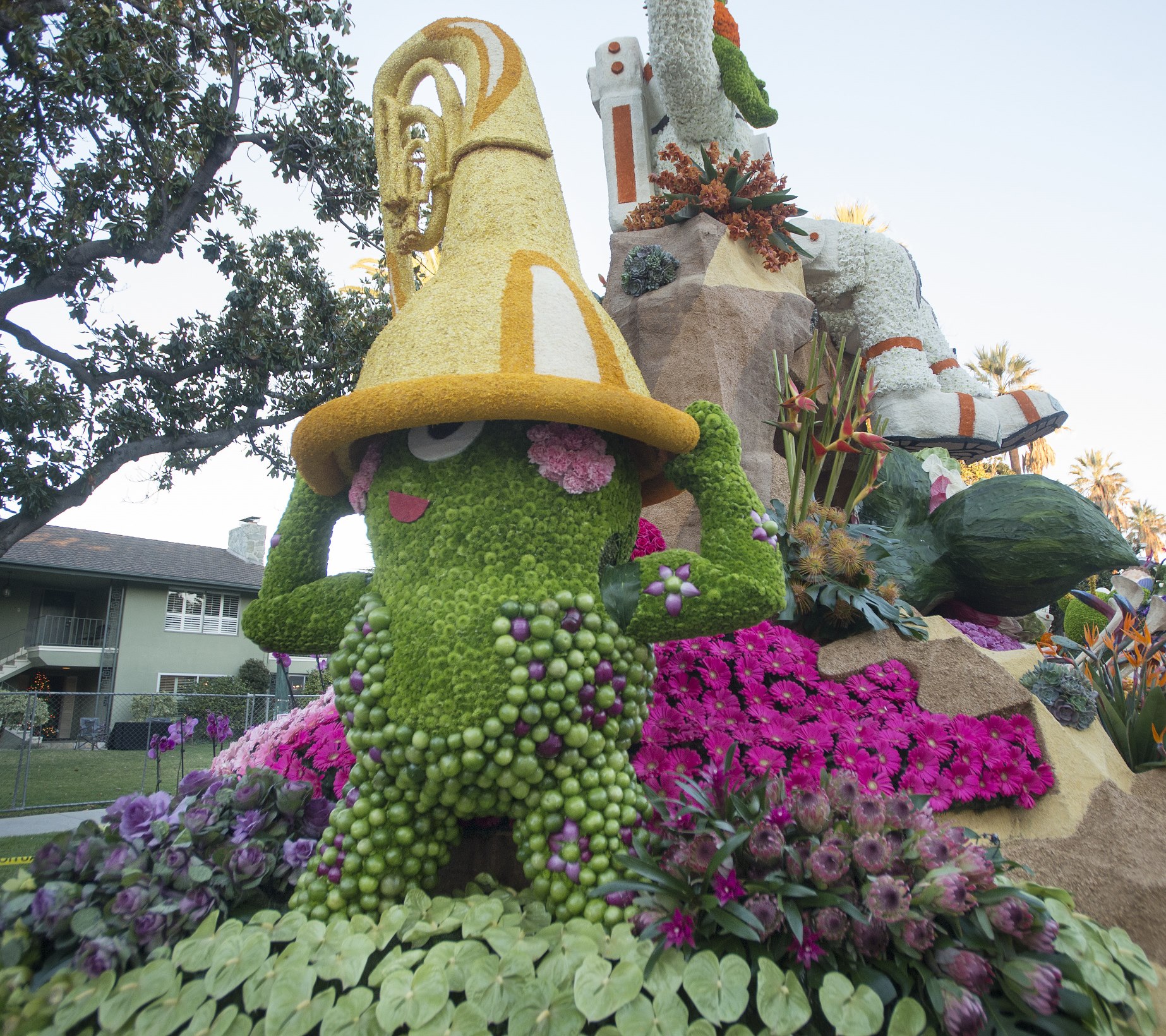 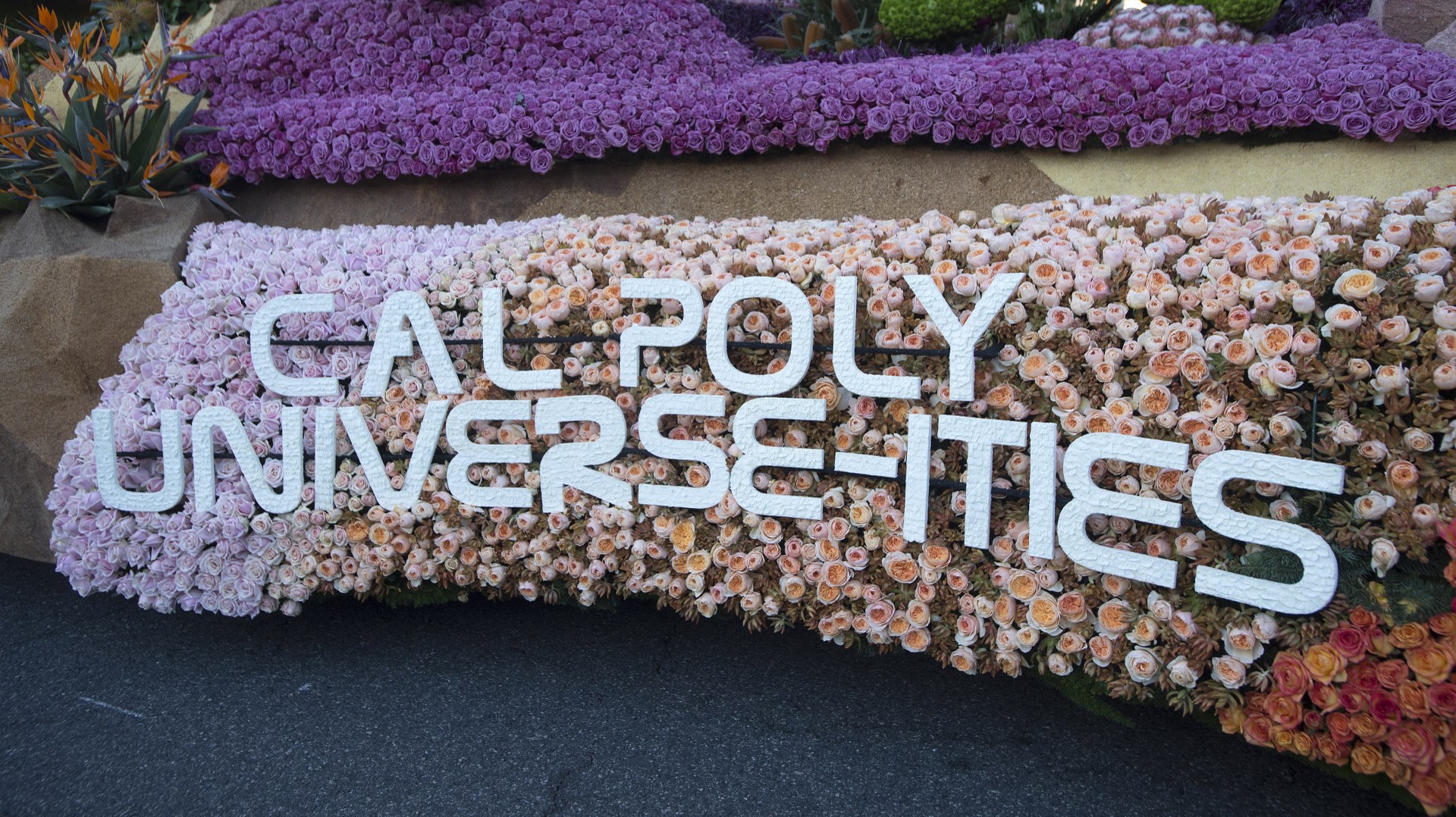 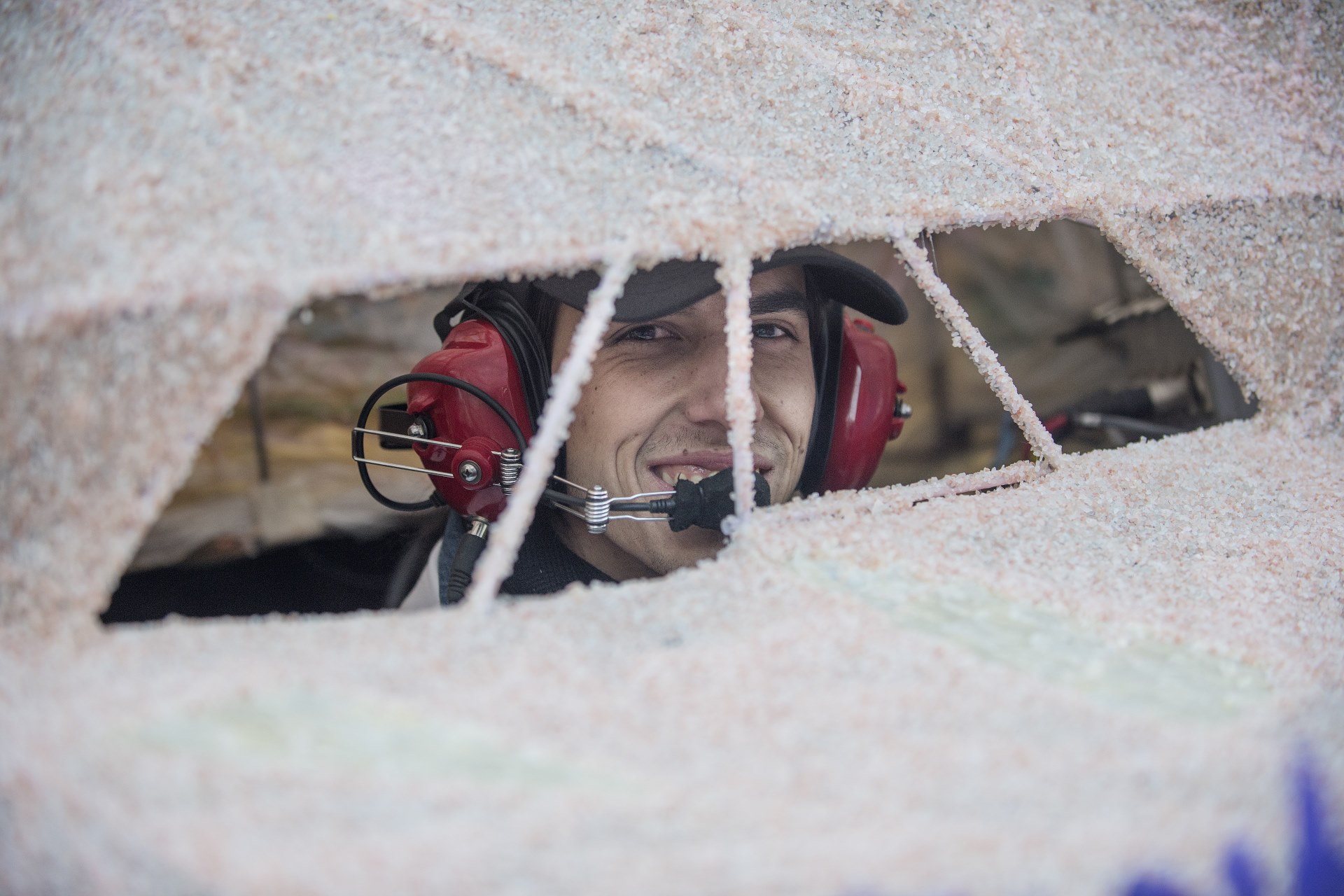 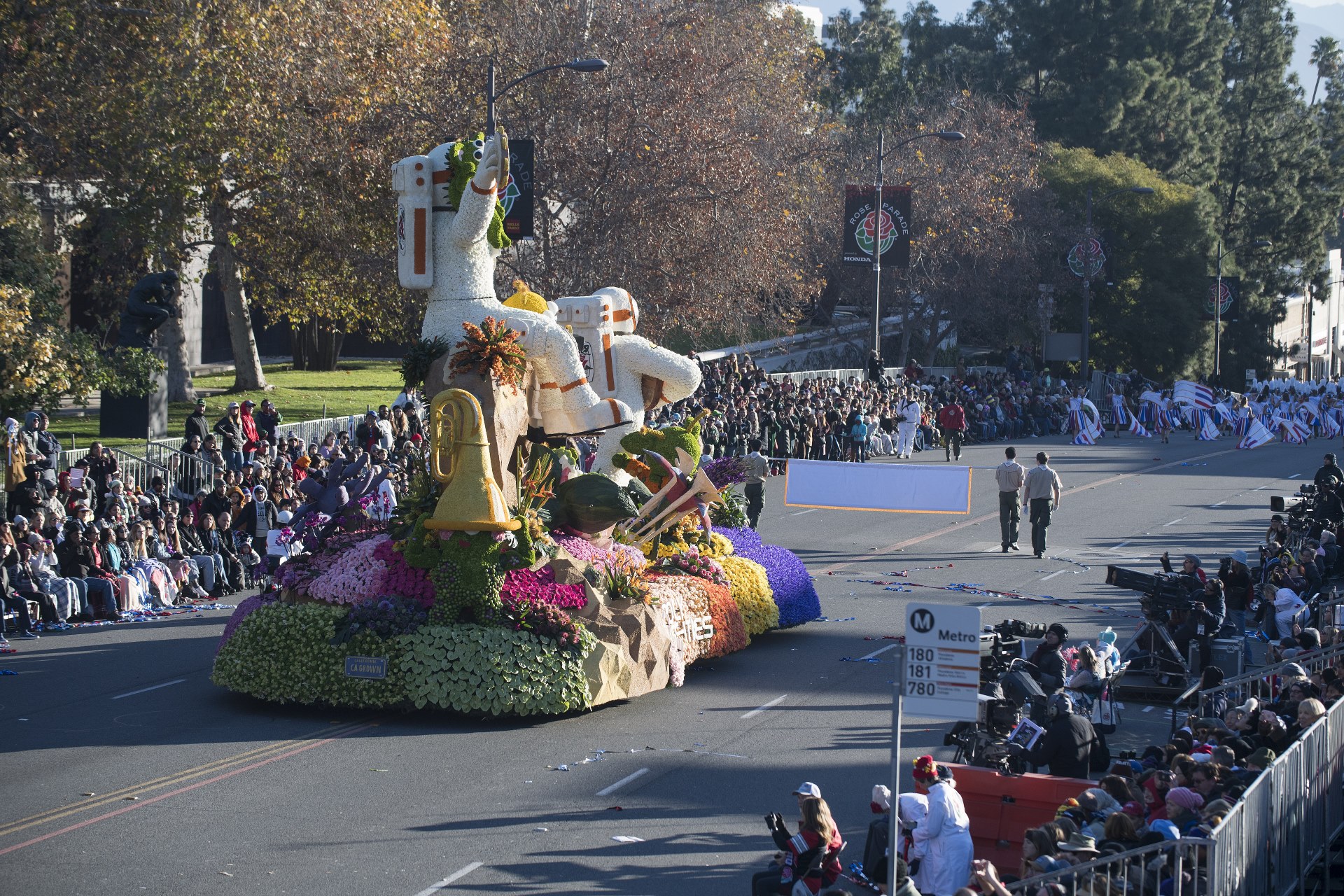 A pair of astronauts and their alien friends helped Cal Poly Universities capture the Extraordinaire Award at the 2019 Rose Parade.

“Far Out Frequencies” is the 71st student-built and student-designed float of Cal Poly Pomona and Cal Poly San Luis Obispo. The Extraordinaire Award, honoring the most extraordinary float, brings the campuses’ trophy tally to 59.

On the 48-foot float, astronauts Morgan and Sally play the guitar and tambourine with a group of six aliens, sharing a message of goodwill.

The joint effort of both campuses is a prime example of the universities’ polytechnic approach to education. Less than a week before the parade, students’ problem-solving skills were put to the test.

Originally, the plan was to cover all six aliens in green button mums. With less than three days until the parade, it was clear that there wouldn’t be enough green flowers to cover them all.

“That’s Deco Week,” explained Summer Blanco, Cal Poly Pomona’s decorations chair, and a senior majoring in biology with a botany option. “We plan the whole year, and that’s when the magic happens … [But] you get a lot of curveballs thrown at you and have to make lots of on-the-fly decisions. Last year, we had to change the color of the front airplane. This year, it’s the aliens.”

Three of the aliens — Tuba-Head, Lucy and Mufasa were covered in more than 5,500 green button mums. The others — Ketchup, Scarlett and Lucy — were given additional colors and textures using purple, orange and yellow mums, as well as tomatillos, purple onions, lemons and jalapeños.

“What it means to me to win the most extraordinary float award is that the entire world and the judges themselves truly appreciate the entire year’s worth of energy that all these students have put into it,” he said.