The Cal Poly Pomona Ponies esports team competing in the national collegiate Heroes of the Dorm final four was edged out by the University of Buffalo, two games to three, in what ESPN called a “thriller that was the highlight of Saturday’s action.”

The championship event took place Saturday, May 12, before a live audience at the Blizzard Arena in Burbank. Since late February, teams from more than 300 universities across North America comprised of more than 1,000 students had been battling to win the grand prize — tuition for the rest of their collegiate careers. 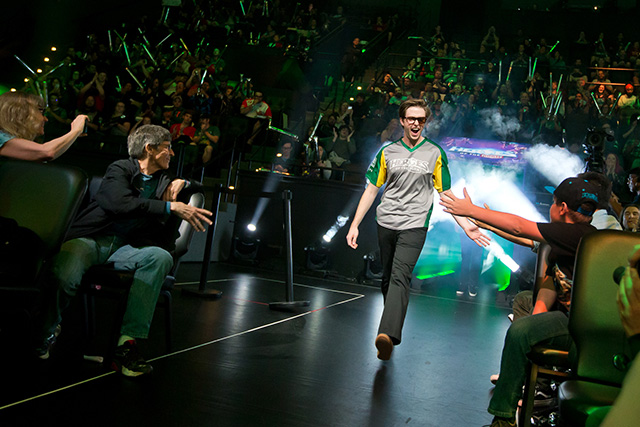 The Ponies won the first Heroes of the Storm matchup against Buffalo on the Cursed Hallow map but then dropped the next two on the Tomb of the Spider Queen and the Volskaya Factory maps. Needing a win in game four, the Ponies shocked the audience and the pros with their third pick – Cho’gall the two-headed ogre that requires two people to play him. The creative choice caused a noticeable increase in the energy level in the arena.

The Ponies proceeded to win game four, tying the series. In the final game, on the Infernal Shrines map, the Ponies ultimately fell to Buffalo in another close match.

Laval University ultimately bested Buffalo in three straight games to be crowned Heroes of the Dorm.