Growing up with two alcoholic parents, graduating senior Mich Hamlin didn’t know that living homeless in a Montclair community park with his family was different.

At 10, Hamlin did not know that getting up at 3 a.m. to hold up cardboard to block the sprinklers from soaking his younger brother and his mother was not normal. He just knew that he had a deep desire to protect them.

“My parents were always in and out of work,” says Hamlin. “When the money ran out, we were forced to live behind mechanic shops, parks, wherever we could stay to remain hidden from the authorities.”

“There were times when we had a roof over our head. But that would only last for a short while,” he says. “We would go back to sleeping in a car, van or the streets soon after. Nothing was permanent.”

A Childhood in Turmoil

With parents struggling with alcoholism and unable to provide for him and his two brothers, the expense of a permanent residence was out the question. However, others knew this was not normal. The kind woman who managed the local thrift store would give his family blankets and food whenever she saw them.

Most of Hamlin’s memories started in first grade when his families’ transience became a way of life. After moving from motel to motel, the family was forced to live wherever they could, often to any place they could find. They would wash themselves in the restroom of the local gas station to stay clean for school. 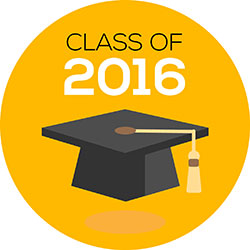 In fourth grade, Hamlin’s family had used up all their favors and were forced to the streets.

“The first time we slept on the streets was in a cement area where the trash bins go,” says Hamlin. “We would roll the trash bins away from the wall to create a barrier so we had some protection from being seen.”

Administrators at his schools started to notice the dramatic shift in the family. They started to provide backpacks and clothing for Hamlin and his brothers.

Since Hamlin’s parents were deep in their addictions, they had little money to spend on food. Meals were a single hamburger split among the boys. Although the school provided consistent breakfast and lunch for Hamlin and his brothers, dinner and weekend meals were often meager.

During his fifth and sixth grade years, his parents started having fights that escalated with his mom leaving her husband and taking the boys with her. They moved into a church shelter, then with a family friend. Unfortunately, this only lasted a few months, with his mom and brothers soon forced to return to their father.

“My mom would tell me that my dad was a bad influence on her,” Hamlin says. “She believed she could stop drinking when she wasn’t with my dad, but separations were usually short-lived.”

By the time Hamlin went to middle school, he was hopeful his life had turned a corner. A nurse at his school not only got a caseworker involved in Hamlin’s life, but she took it upon herself to take care of his basic needs.

“My older brother and I would go to school early and the nurse would let us shower at the school,” he says. “She would take our clothes and wash them while we were showering, and give us loaner clothes.”

It was on that day his mom told him that this holiday season was going to be different. It was exciting news for a boy whose family never celebrated holidays.

His mom was coming to school to give them an early Christmas present, a bike, she told him. He spent the day thrilled, but his joy was short lived.

When his mom showed up to pick them up early from school, she was drunk. The school intervened.

The Montclair Police Department came and took the boys away. Child Protective Services (CPS) put Hamlin and his two brothers in foster care that night. At the time, his dad was away at a temporary job in the desert with no phone or any way to reach him. Hamlin’s dad did not know his children had been placed in foster care.

Even when he finally found out where his sons were, CPS would not return them to his custody since he had no permanent residence. In the following months, contact between the boys and their parents were limited to supervised visits.

A couple months later, Hamlin’s dad made an unexpected visit to the boys’ elementary school with devastating news — their mom was dead.

The family had no means to pay for a funeral, so the school, police community and foster care system banded together to raise funds to bury Hamlin’s mother. “I was so grateful to all the people that cared for my family during this time,” Hamlin says.

The death was especially hard on his dad, who slipped even deeper into his addictions. When he did visit his sons, he would often ask his sons for money and food. He had not escaped the streets.

“My favorite part of high school was running in P.E.,” says Hamlin.

A friend saw his running potential and encouraged him to try out for the cross-country team. Hamlin was skeptical, but when spring track season rolled around, he gave in to his friend’s encouragement and tried out.

“Although I loved running, I didn’t think I had a talent for it,” Hamlin says.

After making varsity as a freshman, he proved himself wrong.

The cross country/track coach believed in more than Hamlin’s running abilities. She saw a student whose strong spirit was carrying him over the hurdles in his life.

“The Montclair High School track coach, Karen Wester, became my mentor,” Hamlin says. “She not only encouraged me to excel in academics, she would spend time with me talking about life. She became my main support system.”

Wester feels the same about Hamlin and speaks highly of her former athlete.

“I really believe that running helped Mich face and conquer many obstacles in his life,” Wester says. “Mich was one of the most tenacious runners that I have had the pleasure of coaching. He suffered through many difficulties during his high school experience, yet was always looking for ways to make life easier for his younger brother, so that he would not have to face the struggles as deeply as Mich did.”

This relationship came at a pivotal point in Hamlin’s life. During his sophomore year, his dad disappeared. The truth later came out his dad had been arrested on a past domestic abuse charge.

“After learning about the arrest, I didn’t know how to feel or what to think,” he says. “I turned to the one thing that helped me, running.”

Once Hamlin started his junior year in high school, his social worker encouraged him to apply for college. The social worker explained to him that because he had good grades, all he needed to do was to take the SAT and ACT.

“I applied to USC and UCLA just as a whim, but mostly focused in on colleges that had foster/youth programs,” Hamlin says. “After interviewing with Cal Poly Pomona’s Renaissance Scholars, and knew I wanted to go here. I was mesmerized by the beautiful campus since the first time I stepped foot on it, and thought I had a chance to continue my running career.”

After his admittance into the Renaissance program, Hamlin felt ill prepared for college. A lifetime of mediocre study habits and no family to support led him to struggle.

“Since none of my friends went to college, I had no peers to share my experience with,” says Hamlin. “I was academically behind, and had to start in remedial classes.”

Then came the Summer Bridge – EOP (Education Opportunity Program) Program. “This program turned college around for me,” says Hamlin. “I was not only shown study habits to succeed in classes with this program, I was shown how to organize my life to be a successful student. Mostly it helped me realize that if I was going to excel in college, I had to buckle down and work.”

Work he did. After barely passing his first quarter, he knew he had to be resilient and not let it drag him down. Hamlin, who is majoring in kinesiology exercise science, kept working hard and striving for the best.

“Mich has shown himself to be an independent, driven, positive person who is able to work through adversity and confront and any challenge that comes his way,” says Makeda Bostic, Renaissance Scholars coordinator. “He has been able to fine tune his ability to adapt to change and deal with stressful situations while having to make decisions and solve problems as they arise.”

He went on to earn a 3.5 GPA or higher for the rest of his college career and credits EOP tutorial services, the RAMP program, and the Renaissance Scholars with assisting in his success.

He has beaten the odds.  According to the National Center on Family Homelessness, less than 50 percent of foster youth graduate from high school with only three percent graduating from college.

“I have learned the value of utilizing staff, faculty, professors and coaches as mentors,” Hamlin says. “Not really growing up with parents, I look to these mentors to seek advice in my decisions ahead of me — not only related to academia. These mentors are like parents to me in a way.”

Sara I. Gamez, associate director of Student Support & Equity Programs, which serves as an umbrella to EOP and Renaissance Scholars, says Hamlin has grown into a strong and confident leader.

“Mich is such an amazing young man,” Gamez says. “It has been a privilege to be a part of his college journey at Cal Poly Pomona.”

In addition to his academic success, Hamlin has excelled as a member of the track team. Brian Swanson, director of Intercollegiate Athletics, saw potential in Hamlin and encouraged him to try out. After training his first year with the track program, he made the team in his second year.

“His passion and desire were evident,” says Swanson. “Since he joined our squad, his work ethic, passion and ability have enabled him to be a key contributing member of the team.  I couldn’t be happier for his success.”

Hamlin’s long-term goals are not limited to just a bachelor’s degree; he plans to continue onto graduate school to pursue a doctoral degree in physical therapy.

“I want to not only help society in my career; I want to be able to give back to all the people that helped me along the way,” he says.

Brian Jersky, dean of the College of Science, says he admires Hamlin’s determination to succeed.

“Hamlin is one of the most exceptional students in the College of Science,” Jersky says. “Not only is he well-liked and successful in his studies, but he has achieved all this despite the many challenges he has faced in his young life – challenges that would have defeated most people. He is an inspiration to all of us.”

Hamlin’s advice to anyone facing hardships in their life is to think about they want their future to look like.

“In the end, all of the countless hours of hard work, blood, sweat and tears, will be worth it,” he says. “Nothing is sweeter or more rewarding than success.”