Updated 11:20 p.m.: University Police have issued an “All Clear” for the campus. Police are returning students to the University Village. Roads are in the process of being re-opened.

Updated 10:37 p.m.: LA County Sheriff’s Department is reporting that four suspects are in custody. A search is being conducted for a fifth suspect, believed to be located in a mobile home park near the University Village.

Police are still investigating in the University Village and have not given an “all clear.” 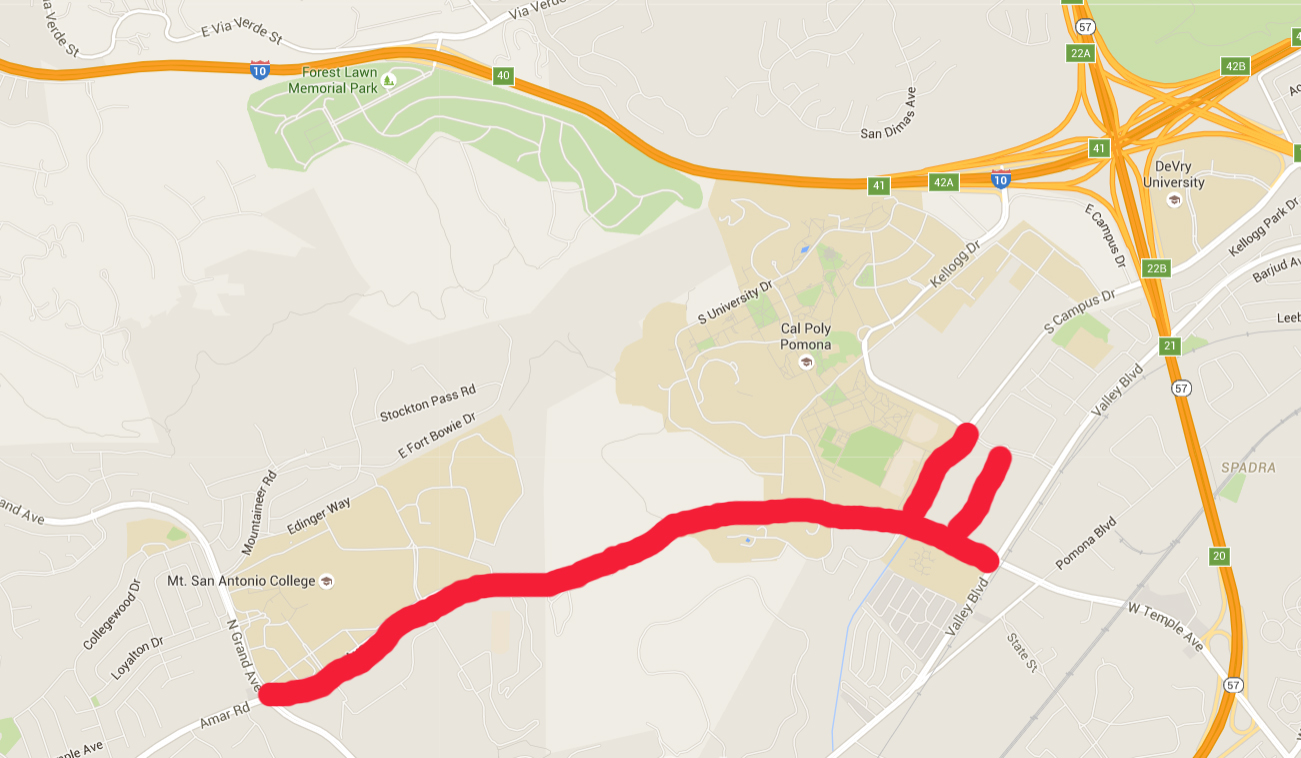 The University Village remains on lockdown while police continue to search for suspects in the area.

University Police and Los Angeles County Sheriff’s deputies have three of the four suspects they pursued in the University Village. The fourth suspect remains at large. The suspect may be armed.

The village is on lockdown and residents are being asked to lock their doors and shelter in place. The University Police Department is asking residents and others in the area not to approach the suspects or the village. Village residents who are not at the Village at this time are encouraged to go to the Bronco Student Center, Ursa Major. Free food and drinks are being served.

Updates will be provided here on PolyCentric, on the Safety Alert System and posted on the university safety site.

Temple Avenue is closed to through traffic. A detour has been set up with traffic being directed onto University Drive. Avoid the area if possible.