Jennifer Chow is a clock watcher. To her, there simply aren’t enough hours in the day to accomplish everything she wants.

Chow, a marketing management student at the College of Business Administration, is set to graduate in June, but there’s still work to do before that day arrives.

It all starts with academics. Chow’s focus on her studies is clearly evident. Since fall 2011, her grades have earned her placement on both the Dean’s List and President’s List.

She is taking another full course load this spring quarter; works 20 hours a week at her part-time retail job; serves as the director of fundraising of her student club, the American Marketing Association; is an elected E-board member; and participates in the Executive Mentor Program. 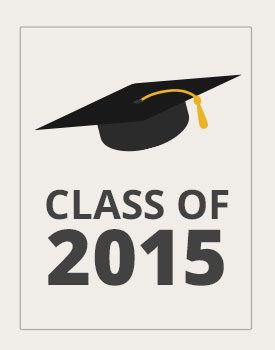 As a member of the American Marketing Association, she has worked closely with the American Advertising Federation, Pi Sigma Epsilon and the Collegiate Entrepreneurs Organization. Chow is also one of the thousands of commuter students on campus.

“Working in a club, working on an E-board in an elected position and working with a group of 10 other E-board members really shows you how to work with other people,” Chow says. “Perspectives come into play and you don’t realize how difficult it is until you’re thrown into it. That’s a life-changing experience.”

As an E-board member, she has attended weekly meetings and has worked with the Career Center to coordinate the second annual College of Business Administration Career Fair held in early May. Eleven companies had been booked for the Career Fair, but Chow hopes that momentum has been created for the next event.

Her contagious energy and work ethic have been recognized. At the Ronald W. Gregoire Hall unveiling on April 16, Chow was selected to make an address at the ceremony. Before her speech, Dean Richard Lapidus introduced Chow as “a rising star” in the College of Business Administration.

Chow is targeting a career in entertainment marketing and seeking opportunities that involve film, television or music. She said her dream job would be an executive producer of a TV show where she could lead a team to achieve her vision.

Her experience at Cal Poly Pomona mirrors that of many students. She was born and lives in nearby Chino Hills, which is about a 20-minute commute. The university’s academic excellence, affordable tuition and scenery made Cal Poly Pomona “an easy choice.” Her older brother is a Bronco alumnus who also graduated with a business degree.

“Meeting like-minded people in the College of Business Administration really helps because you know you’re not alone and it makes you feel more involved,” Chow says. “It makes you feel motivated to be at school. It’s a different perspective. Instead of being a commuter student, you’re on campus interacting with people who have similar goals and it pushes you to be better.”

Chow lauds the university’s learn-by-doing approach for giving her real-world experience. She urges undergraduates to join clubs that match their interests and goals and to pursue internships in their sophomore and junior years to build a network of connections that will come into play after graduation.

As part of her involvement in the American Marketing Association, she also has expanded her horizons by volunteering at events such as Matt’s Run and the INSAN Foundation’s efforts to feed the homeless in Pomona.

An important lesson that Chow learned did not come from any class. It came from service to the university.