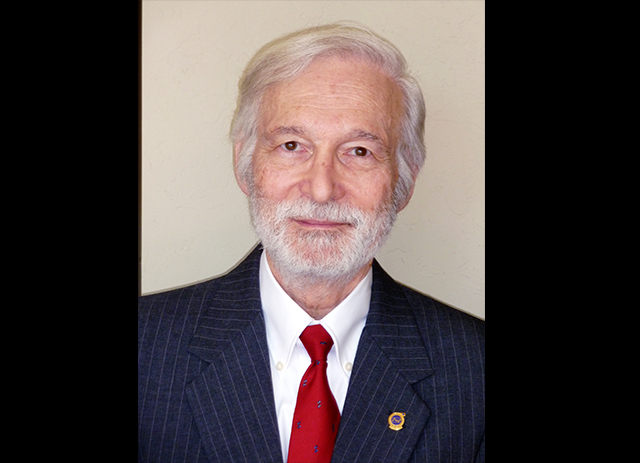 Do you remember when Intel operated out of a single building and Apple was a tiny, struggling company?

Do you remember when Cal Poly Pomona had only 3,000 students?

John Flaig remembers that too.

“It was a comfortable institution,” says Flaig, a Silicon Valley veteran and Cal Poly Pomona alumnus. “The people became like a family, very close-knit people with very good character.”

Flaig, who graduated from Cal Poly Pomona in 1968, says he chose the university because its hands-on approach to education appealed to him.

“I only applied to Cal Poly [Pomona]. I didn’t apply anyplace else,” he says. “It was a really great place to go to school. Teachers had the time to spend with you.”

After earning his mathematics degree from Cal Poly Pomona, Flaig went on to graduate school and spent a year teaching. He ended up in Silicon Valley in 1973, finding himself amid a nascent but soon-to-be-booming tech scene.

“Sometimes in life, you’re in the right place at the right time,” Flaig says. “I think I was very lucky to land here.”

And over the years, he found himself employed at some big names, such as Hewlett-Packard, Applied Materials and Apple, which he joined in the early 1980s.

“I was there at really exciting times,” Flaig says It was an excellent place to work.”

Flaig is now a fellow of the American Society for Quality, an organization that advocates for quality-control standards in industry, and he is managing director of Applied Technology, a consulting, training and publishing company.

Flaig is quick to point out that he might not have gotten as far without some of the opportunities he was afforded during his life.

“I value the things that my parents gave me, and I value what Cal Poly [Pomona] gave me,” he says.

Flaig’s estate gift of $1.2 million to the colleges of science and engineering will endow scholarships for future academically qualified, financially in-need students majoring in mathematics, statistics and mechanical engineering.

He encourages students and recent graduates to keep working hard and not get discouraged by the nation’s weak job market.

“During times like this, it’s easy to get disappointed and feel depressed, but it’s a time you can use to go back to your books and study,” Flaig says. “Students need to take a look at what they can do to change the situation, and the best thing is to try to improve your skills. Cal Poly [Pomona]’s very good about that — when people leave the school they have the skills to find employment.”