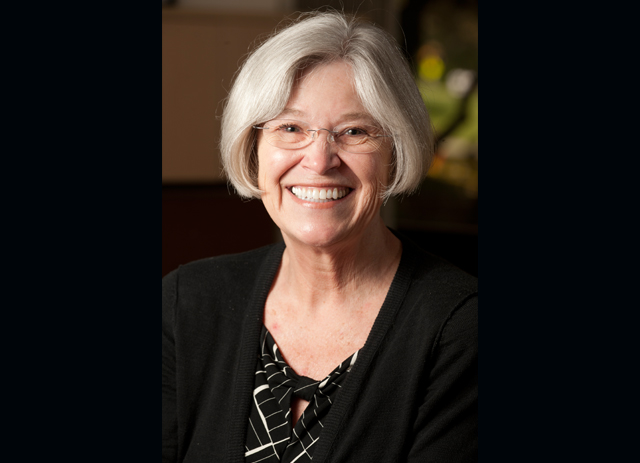 Sharon Hilles, a professor in the Department of English and Foreign Languages and interim head of the College of Letters, Arts, and Social Sciences, has been officially named dean of the college.

She succeeds Carol Richardson, who stepped down as the CLASS dean in 2011 to return to teaching in the music department. Hilles was associate dean at the time and assumed Richardson’s duties on an interim basis.

“Dr. Hilles has great appreciation for the value of the liberal arts in all our programs,” Provost Marten den Boer said. “She is a strong leader with a demonstrated ability to manage budgets and personnel while reaching out to constituencies across the university.”

Hilles says she is honored and humbled to be named dean. “I look forward to working with the extraordinary chairs, faculty, and staff in the departments and in the college and serving as an advocate and effective leader.”

Hilles came to Cal Poly Pomona as an assistant professor of English and foreign languages in 1990 after earning her doctorate in applied linguistics at UCLA. She also holds a bachelor’s degree in German and a master’s degree in teaching English as a second language from UCLA.

She became an associate professor with tenure in 1992 and was named full professor in 1997. Hilles was appointed associate dean for academic personnel and resources for CLASS in September 2006.

CLASS has 10 departments with 20 degree and certificate programs in the humanities, performing arts, and social sciences.