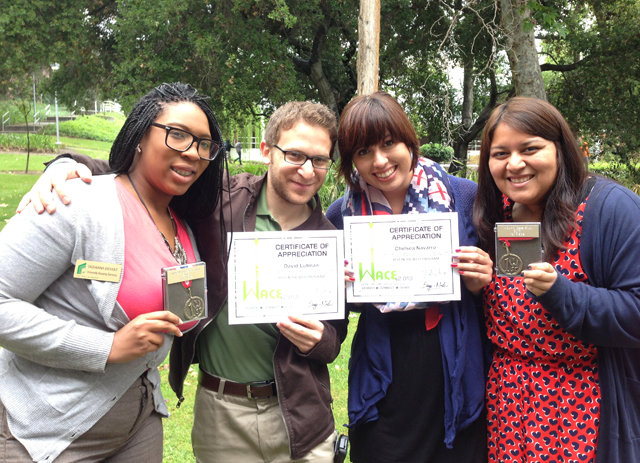 “This award shows that we have new professionals who can think, who are thinking at the director level,” Bryant says. “Which is great for the residence life staff.”

Residence Life Coordinators Chelsea Navarro and David Lutman won the John Yarborough “Best of the West” Award for an educational program. There were 38 competing programs on topics ranging from bullying to spirituality. Navarro and Lutman will present their program, titled “Re-invigorating Sustainability: Sharing New Ways to Go Green,” at the international conference later this year.

“Winning the Best of the West award means you’re doing something not a lot of campuses are doing, and you’re doing it well,” Bryant says. “We’re innovative. We consider new initiatives.”

This is the second year in a row that Cal Poly Pomona has won the top program. Jason Lu, area coordinator for Residence Life, won last year for his presentation, “Presentations 2.0.” This year, Lu was elected to the Executive Committee for WACUHO as Member-At-Large, South for 2013-2014.