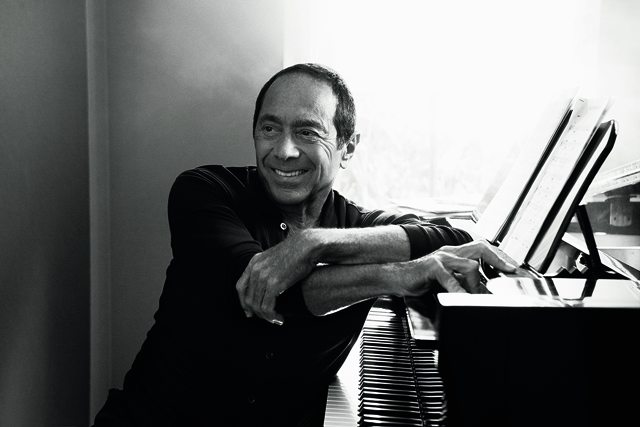 Most people know Paul Anka as a music star of the 1950s and 1960s who recorded more than a dozen Top 20 hits and appeared in movies and TV shows — but they might not know the extent of his philanthropic efforts, which have improved the lives of ill and impoverished children around the world.

Anka has proved especially generous to the university as well, serving as honorary chairman of the Campaign for Cal Poly Pomona. He also headlined the Founders’ Celebrations in 2003 and 2006, which raised more than $560,000 for student scholarships, equipment and research.

In recognition of his artistic accomplishments and philanthropic efforts, Cal Poly Pomona will honor Anka with an honorary doctorate from the College of Letters, Arts, and Social Sciences at commencement this June. The CSU Board of Trustees, which approves honorary degrees, evaluates nominees based on rigorous criteria, including what they have contributed to the university, the state, the nation and humanity at large.

“Paul Anka has been extremely generous with his time and his philanthropy — not only with Cal Poly Pomona, but also to many other endeavors,” said Cal Poly Pomona President Michael Ortiz. “It is with our deep appreciation and gratitude that we bestow this honorary doctorate upon him.”

“I am humbled by this honor. It has been truly a privilege and pleasure to be associated with Cal Poly Pomona all these years,” Anka said. “It’s been gratifying to help students with their education and to give them an opportunity to pursue their dreams.”

The entertainer became connected with Cal Poly Pomona through his friend and business manager Mickey Segal, a Bronco alum who has maintained close ties with his alma mater. Segal, a 1998 Distinguished Alumnus, is serving as the vice chair of planned giving for the Campaign for Cal Poly Pomona, and he and his wife, Lee, who is also a Cal Poly Pomona alum, have pledged $2 million to the university.

Anka’s contributions to the music world began 55 years ago with his first hit, “Diana,” which rocketed him to the top of the charts. He toured internationally with Buddy Holly and wrote the song “It Doesn’t Matter Anymore” for Holly, who recorded it in 1959. After Holly died in a plane crash, Anka donated his composer’s royalty to Holly’s widow.

But it was his talent as a composer and lyricist that took his career to new heights. His works span 125 albums, including several in Japanese, German, Spanish, French and Italian, and in genres ranging from pop to jazz to doo-wop. He has written more than 900 songs, and they have been performed well over 150 million times. Anka wrote Frank Sinatra’s signature hit, “My Way” and co-wrote Michael Jackson’s posthumous hit, “This is It,” which was released in 2009. With his new album, “Duets,” he has become the first artist in history to reach the Billboard Top 100 in seven consecutive decades. His first book, the autobiography “My Way,” reached sixth on the New York Times bestseller list.

Anka’s acting career has included roles in such movies as “The Longest Day” alongside John Wayne, Robert Wagner and Robert Mitchum and for which he wrote the Academy Award-nominated theme music; “3000 Miles to Graceland” with Kevin Costner and Kurt Russell; and an appearance in one of “The Simpsons” Halloween episodes. In addition, his music has appeared in more than 160 TV shows and movies over the years. His compositions include “The Tonight Show” theme made famous by Johnny Carson and which became the longest-running and most played theme in television history.

His philanthropic endeavors have ranged from performing at a benefit concert celebrating the grand opening of the Arcadia Unified School District’s $20 million Performing Arts Center to singing “My Way” at a children’s charity ball in St. Petersburg, Russia. Anka also performed at a Heart Foundation gala in Hollywood last year and serves on the advisory board at Opportunity Village in Las Vegas, a nonprofit organization that helps people with intellectual disabilities.

In addition, he has helped headline a benefit concert that raised $4 million for The David Foster Foundation for children in his native Canada who need major organ transplants. He also performed at the 2009UNICEF Ball in Los Angeles, raising money for children worldwide.

Anka has received a number of honors over the years. He was appointed to the Order of Canada, which recognizes the lifetime achievements and contributions by people in all sectors of Canadian society; and he was a 2005 inductee into the Canadian Hall of Fame. Anka is the recipient of stars on the Hollywood Walk of Fame and the Canadian Walk of Fame. He also has received the Chevalier de L’Ordre Des Arts Et Des Lettres. Anka was presented with the Johnny Mercer Award at the 2008 Song Writers Hall of Fame Award & Induction Ceremony. He is an honorary ambassador of tourism in Canada, and April 27 is designated “Paul Anka Day” in Canada.