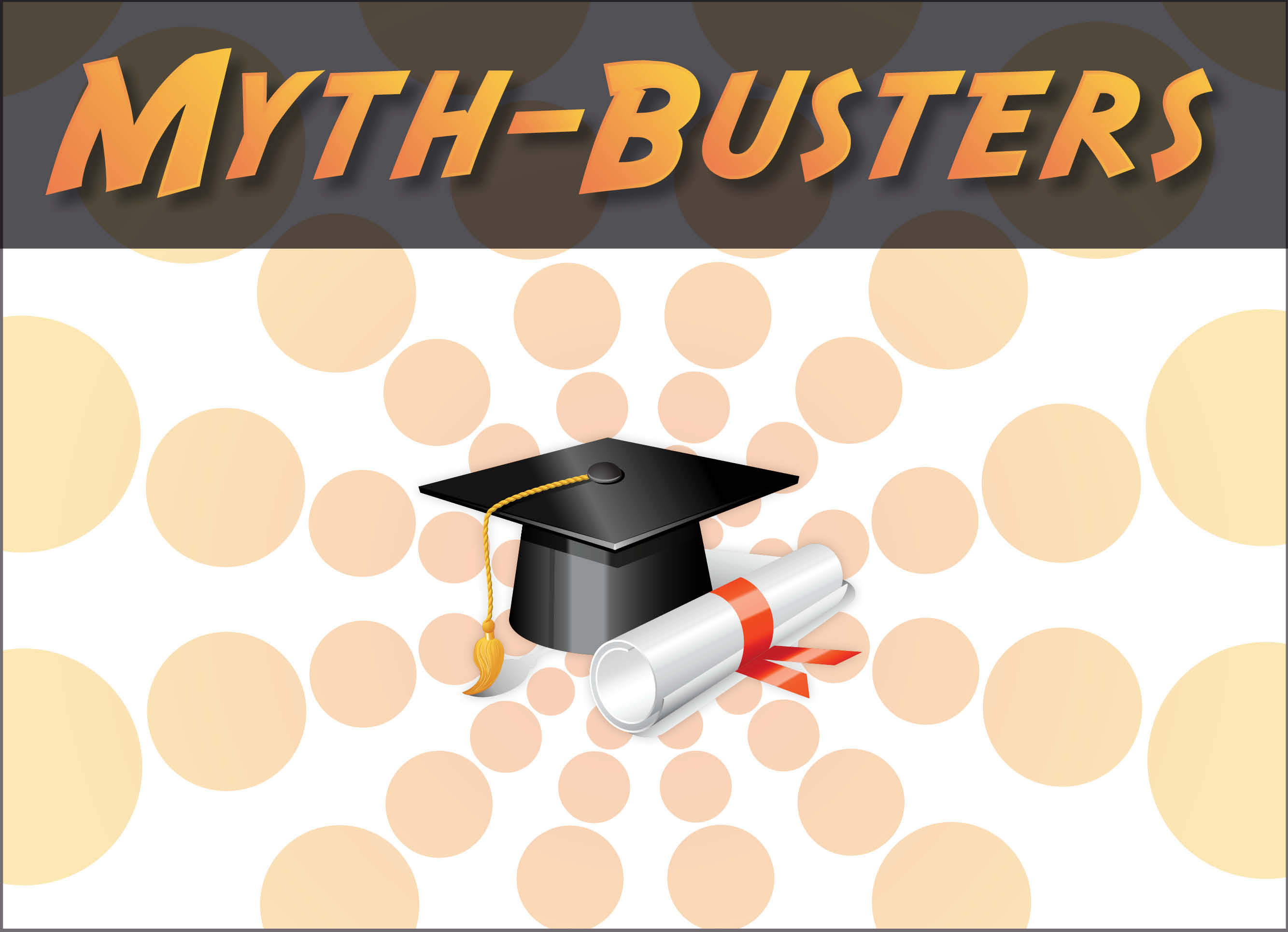 Andres Elvira came to Cal Poly Pomona from I-Poly in fall 2007 with firm plans to major in physics. He was comfortable on campus, and his father, Armando, had earned both his bachelor’s degree in engineering and his MBA here. The university was a great fit.

His major, however, was not. Elvira will graduate in June with a degree in philosophy.

This month’s Myth-Buster: Most students change majors, and many change more than once.

This is false but not far from accurate. “Most” students do not change majors, but many do. Of the 1,618 freshmen who were admitted in 2005 and have graduated, 45 percent changed their major, as Elvira did, but only 8 percent of the students changed their major more than once.

What is more important than whether students change majors is whether they change for the right reasons, says Monique Allard, executive director of Student Support and Equity Programs, which advises undeclared majors, Renaissance Scholars and students in the Equal Opportunity Program.

“When you’re starting college and you’re 17, you probably have some ideas about what you want to study, but once you get to the university, you learn a lot more about the avenues that are available to you,” Allard says. “College is a time for self-exploration. Students should invest time during their first year to explore their interests and abilities.” (Freshmen are required to declare a major by the end of their first year. Transfer students must enter with a declared major.)

One of the common mistakes that many students make is to assume that their major is their career.

“You can major in any number of things and pursue any number of careers,” Allard says. “There are very few careers that require specific majors.”

The sooner a student decides to change majors, the better, she says.

“The longer you wait, the more likely it is going to cause some delay in graduation,” Allard says. “We encourage students to seek guidance as early as possible.”

“Faculty and staff advisors, as well as career counselors, are excellent resources. They have information about program requirements, graduate school and other post-graduation options associated with the disciplines,” she says. “And the Career Center has great self-assessment tools.”

Elvira made his decision to change majors after taking the required yearlong sequence of physics courses.

“My mind wasn’t keyed to the numeracy required, but I realized I had an affinity for language and ideas,” says Elvira, who earned passing grades in math and science but found the process a constant struggle. “I talked to my parents about changing majors and was reassured that I should follow a path that would be fulfilling. They were very supportive.”

He chose philosophy, with a minor in anthropology, in part because of the broad exposure to the humanities that he gained through the interdisciplinary general education curriculum. He is contemplating graduate school, perhaps after taking a year off to work and decompress.

“I have no regrets whatsoever,” Elvira says of changing majors.

The key for students is to take ownership of their education, Allard says.

“The biggest challenge for students may be just knowing about the resources that are available. When you think of our first-generation students who have come this far in their education, mostly independent of advice from their family, they may think, ‘I just have to make this happen,’” she says. “It’s our responsibility as an institution to be an active partner with our students.”

For more information about majors, and whether a change might be good, visit https://www.cpp.edu/~advising/career.shtml.