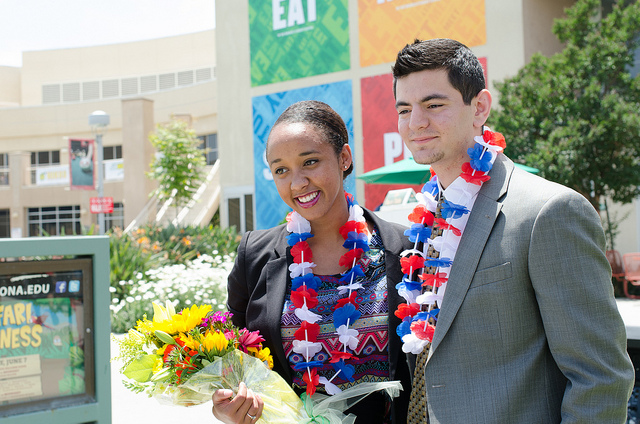 Christine Hall and Joe Shashaty were elected ASI president and vice president, respectively, in the spring 2013 general election, it was announced Tuesday.

Students also passed two proposals: one to amend the ASI By-Laws, and the other to reallocate funding for student groups. Jasmine Andino won the only contested senate seat, defeating Steven Taylor to represent engineering. More than 2,000 students voted in the election. Here are the complete results:

Senator At-large for the Greek Council:

Senator At-large for the Inter-Hall Council:

Senator At-large for the Multicultural Council: