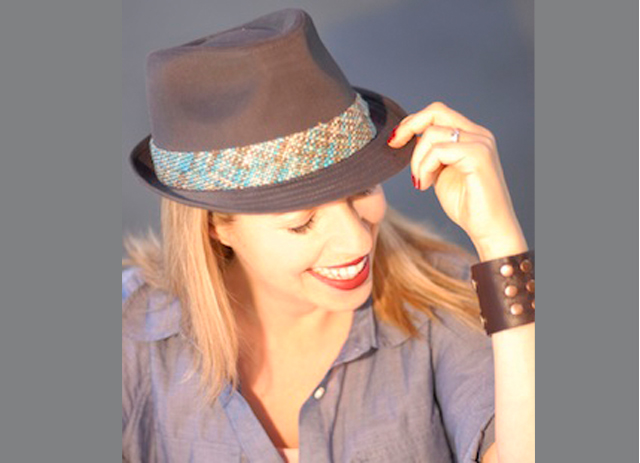 Independent filmmaker and Webby Awards founder Tiffany Shlain will visit Cal Poly Pomona May 8-9 to screen her award-winning documentary “Connected: An Autoblogography about Love, Death & Technology” and speak about technology and its relationship with culture.

Shlain is appearing as part of the 2012-13 Information, Technology & Lifelong Learning Speaker Series (PolyTeach), which is funded by the La Bounty Endowed Chair of Interdisciplinary Applied Knowledge.

A film student graduate of UC Berkeley, Shlain founded the Webby Awards in 1996 as an event that honored the best of the Internet. She served as creative director and/or producer for the Webbys for nearly a decade. During her tenure, the Webbys gained the reputation as the “Oscars of the Internet” – but with a twist: Honorees were limited to five-word acceptance speeches.

Today, the Webbys are presented by the International Academy of Digital Arts and Sciences, whose members include David Bowie, Arianna Huffington and Twitter co-founder Biz Stone. They receive nearly 10,000 entries annually from dozens of countries around the world. The Webbys honor excellence in websites, online film and video, mobile apps and social media. Past honorees range from comedian Louis C.K., Dropbox, and The Onion, to the Khan Academy, NASA, and Epicurious.

Shlain, who was named one of Newsweek magazine’s “Women shaping the 21st Century,” formed her own film studio and lab, The Moxie Institute, in 2005. She has directed and produced such short films as “Yelp: With Apologies to Allen Ginsberg’s ‘Howl, ’” about society’s addiction to technology; and documentaries such as “The Tribe,” an exploration of American Jewish identity through the history of the Barbie doll.

“Connected,” which premiered at the Sundance Film Festival, is a documentary that “ricochets among personal memoir, a social topology of the digital era, the evolutionary origins of human civilization and (deep breath) a cosmic history of the universe in the period after the Big Bang,” the New York Times writes.

Shlain is a much sought-after public speaker on filmmaking and the Internet’s influence on society. She has spoken at several TED events, including the TEDxWomen event in Los Angeles. NASA, Twitter, Harvard and Fortune 500 companies have all invited her to speak.

“Connected” will be shown on Tuesday, May 8, from noon to 1 p.m. in the Bronco Student Center, Centaurus. Pizza will be served, but space is limited. Register at https://connectedatcpp.eventbrite.com.

Shlain will speak from noon to 1 p.m. on Wednesday, May 9, in Ursa Major. Refreshments will be served. Register online at https://tiffanyshlain.eventbrite.com.