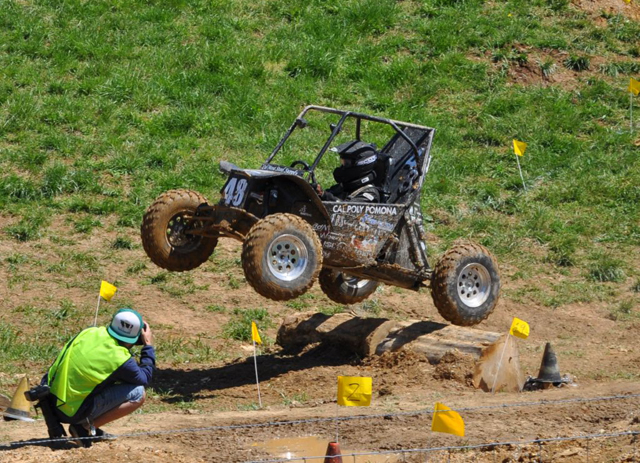 Cal Poly Pomona’s Baja SAE team has completed another impressive season, coming in 11th out of the 100 teams that showed up for the race at Tennessee Tech University, April 18-21.

The competition was part of the SAE International’s Baja SAE Series, in which engineering students design and build off-road racing vehicles powered by a 10-horsepower engine.

The vehicles are judged on qualities that include their design, maneuverability, ability to pull a weighted sled, and performance in an endurance challenge.

Bronco Racing placed ninth in the endurance race, and 11th overall, just behind the University of Tennessee at Chattanooga and ahead of the University of Cincinnati. In recent years, Cal Poly Pomona has placed fourth and sixth in the competition.

Cal Poly Pomona also hosts a Formula SAE team, in which students build a car that competes on a paved race track. That competition will be held June 19-22 in Lincoln, Neb.