Main Menu
Browse: Home / 2013 / May / Changes at College of Agriculture 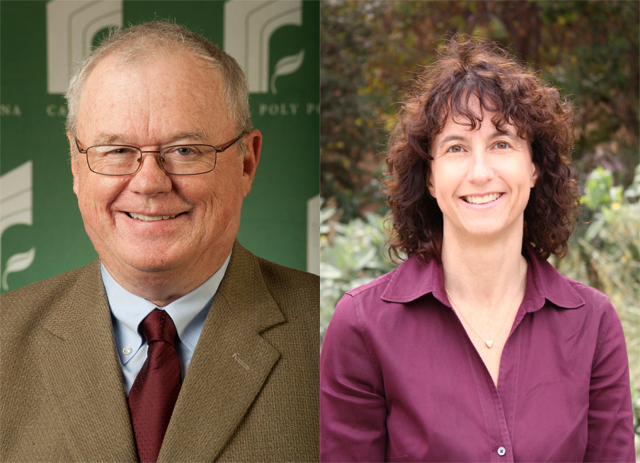 Professor Douglas Lewis is retiring as associate dean from the College of Agriculture after this year’s commencement, and Professor Lisa Kessler will replace him on an interim basis.

“I want to personally thank Doug for serving admirably as our associate dean these past years. We will sorely miss him,” agriculture Dean Lester Young said in a prepared statement.

Lewis came to Cal Poly Pomona in 2002 as chairman of the human nutrition and food science department. Previously, he worked at Iowa State University, the South Foundation for Biomedical Research in Texas, and the University of Texas Health Science Center. He earned his doctorate in biochemistry from Michigan State University.

Kessler, who moves into her new role on July 15, is an associate professor and director of the didactic program in dietetics in the human nutrition and food science department. She was the college’s Teacher of the Year in 2010 and Advisor of the Year in 2013.

Prior to joining Cal Poly Pomona in 2007, Kessler worked overseas while accompanying her husband in the foreign service. She was dean of students at the American University in Dubai; director of health education at King Fahd Hospital in Jeddah, Saudi Arabia; assistant professor at Intercollege in Larnaca, Cyprus; and adjunct faculty at the University of Vienna’s Institute of Nutrition.

She became a registered dietitian and obtained a master’s in public health from the University of North Carolina at Chapel Hill in 1987. She received a doctorate of public health from Johns Hopkins School of Hygiene and Public Health in 1994, where she published her research on breastfeeding. Her more recent publications include improving diversity in the field of dietetics through mentoring.