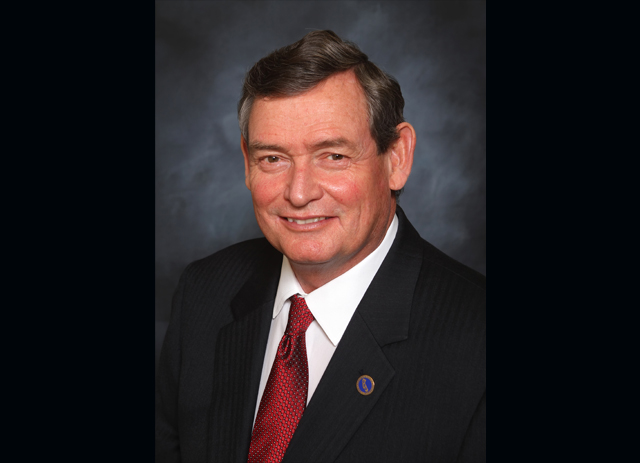 CSU Chancellor Timothy P. White will pay his first official visit to Cal Poly Pomona on May 7-8 since his appointment last fall.

White will tour the campus, learn about campus initiatives, and meet with faculty, staff and students. The campus community is encouraged to meet the chancellor during an open forum from 2:30 to 3:30 p.m., Tuesday, May 7, at the Bronco Student Center, Ursa Major. Light refreshments will be served. The event also will be streamed live and on-demand at http://video.cpp.edu/Chancellor.

The CSU Board of Trustees appointed White last October to be the seventh chancellor of the 23-campus system. He is leading the nation’s largest public higher education system during a time of rising demand for skilled workers and increasing fiscal constraints in higher education. He succeeded Charles B. Reed, who stepped down after 14 years in office.

White previously served as chancellor at UC Riverside, where he oversaw growth of the campus to a record 21,000 students. He also helped lead the campaign for the creation of UCR’s medical school and secured $100 million in donations and gifts for its initial operations. In addition, UCR’s School of Public Policy opened during White’s tenure.

Prior to UCR, White was president of the University of Idaho from 2004-08. He also served as a dean, provost and executive vice president, as well as interim president at Oregon State University.

Born in Buenos Aires, Argentina, White immigrated to Northern California. He is a first-generation college student who studied in every public college system in California. After beginning at Diablo Valley Community College, he earned a bachelor’s degree from Fresno State, a master’s degree from Cal State Hayward (East Bay), and a Ph.D. at UC Berkeley.

He also spent two years as a post-doctoral scholar in physiology at the University of Michigan before starting his academic career in Ann Arbor. He is internationally recognized for his work in muscle plasticity, injury and aging.