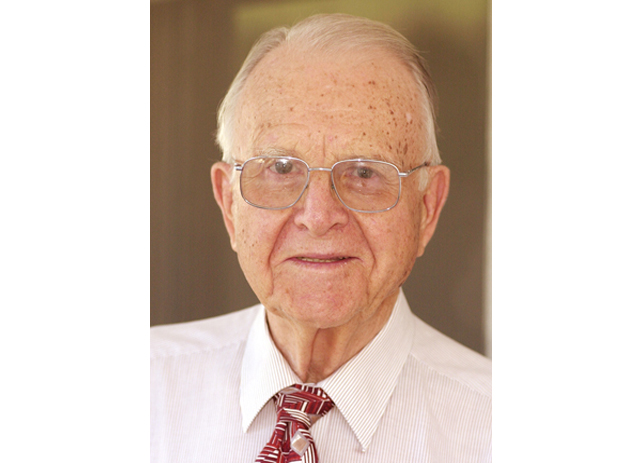 Coombs, 94 had served as a professor in the then-social sciences department from 1971 to 1992. The department originally included anthropologists, geographers, philosophers and historians who taught “American Civilization.” Many of these disciplines gradually broke off and became their own departments. During his tenure as chairman, Coombs presided over a transformation that included making the department more diverse and also saw the social sciences elevated in prestige to match the professional disciplines that Cal Poly Pomona was known for.

Coombs was born in Missoula, Mont., in 1918. He was a graduate of the University of Montana and also earned a law degree. Coombs was active in politics, working on Gov. Sam Ford’s election campaign and later serving in the governor’s office.

In the 1940s, Coombs worked as an antitrust attorney for the Justice Department in San Francisco, before joining the State Department. He was posted to the Philippines, where he helped craft the new Philippine Constitution when that country gained independence from the United States after World War II.

Coombs became executive director of the Los Angeles World Affairs Council in 1955, a position he held for 12 years. Under his leadership, the organization hosted world leaders, dignitaries and statesmen from the United States and around the world at its luncheon speeches. Coombs received the Order of the British Empire from Queen Elizabeth II in 1967.

He was hired at Cal Poly Pomona upon the recommendation of the late Cecil Brown, a well-known CBS, Mutual Network and PBS newscaster who taught at the university during the 1970s.

For 30 years, he wrote opinion pieces on various topics with Ralph Shaffer, a professor emeritus of history from Cal Poly Pomona, that were published in the Los Angeles Times, the Los Angeles Herald Examiner, the Los Angeles Daily News and other newspapers. They wrote on everything from taxation and public education to talk radio’s role in politics and the how “The Star-Spangled Banner” should be sung.

Coombs is survived by a brother, Leonard, in Manitowoc, Wis., and a nephew, Robert, in Truckee, Calif.