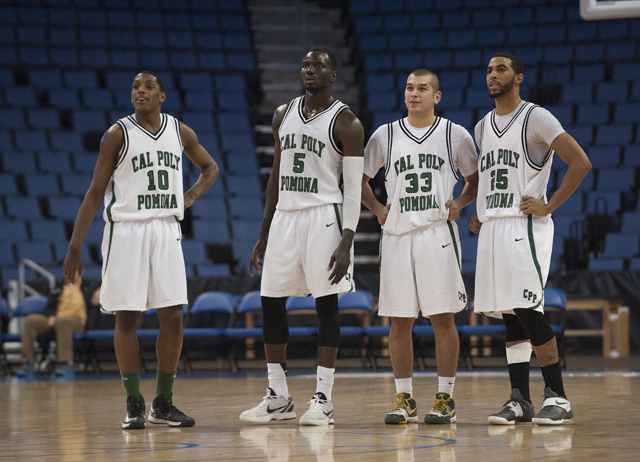 A memorable season came to an end for the men’s basketball team Monday afternoon with a 67-54 loss to No. 2 Seattle Pacific in the Division II playoffs.

The team finished with a 28-3 record, matching the record for wins set by the 2009-10 national championship squad.

Head Coach Greg Kamansky was named CCAA Coach of the Year, while senior Mitchel Anderson was named All-West Region First Team, and Terrence Drisdom was voted to the Second Team.

“I’m very proud of our team,” Kamansky said. “These guys represent our university in the best way, and we certainly battled out there [against Seattle Pacific]. This group set a new standard for our teams in the future and that’s hard to do with what our program has accomplished in recent years.”

Two veteran leaders of the team, Anderson and Mohamed Fall, are moving on, but the future is bright for men’s basketball. The 2013-14 Broncos’ squad will feature All-CCAA honorees Drisdom and DeRonn Scott along with returning starters Bryce Brady and Barry Bell.

(Photo: Players from the men’s basketball team during the March 9, 2013 victory over Chico State.)