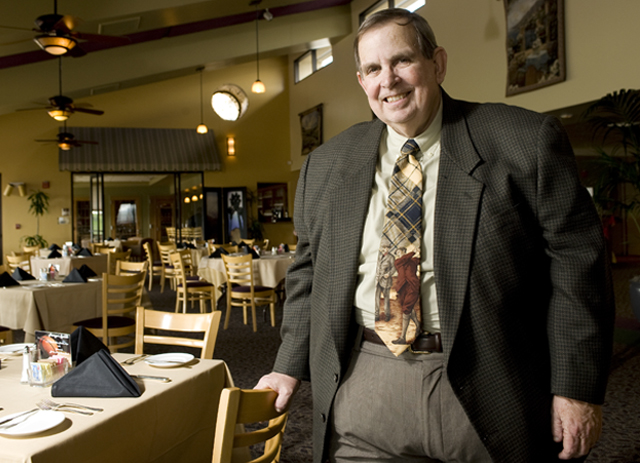 Robert (Bob) Wilson, 69, passed away Feb. 19. The retired baker and his late wife, Louise, left a legacy of giving at The Collins College of Hospitality Management and the University Library.

Bob Wilson worked for Vons for more than 20 years and managed 33 in-store bakeries before meeting the love of his life, Louise. He adored her so much that after two weeks of dating, he proposed and the couple married two months later. Louise, a longtime Pomona Valley resident, worked at Cal Poly Pomona for many years in the human resources department.

The Wilsons were loyal supporters and patrons of the Restaurant at Kellogg Ranch. The couple enjoyed numerous celebrations there with their family and friends over the years and started a family scholarship — the Leonhard-Wilson Memorial Endowed Scholarship — to support students at The Collins College. After Louise passed away in 2007, Robert established the Louise L. Wilson Endowment for the RKR to support its upkeep in her memory. Collectively, the Wilsons established a $750,000 bequest to support the college and University Library.

“Bob was near and dear to us at The Collins College. I have always had a sense of pride that he and Louise shared so many wonderful moments at the Restaurant at Kellogg Ranch and that our students, faculty and staff contributed to their happy times together,” says Andy Feinstein, Collins dean. “I’m grateful for their donations to the college and for the legacy that support will establish.”

Wilson is survived by his close cousin Mary Hart.