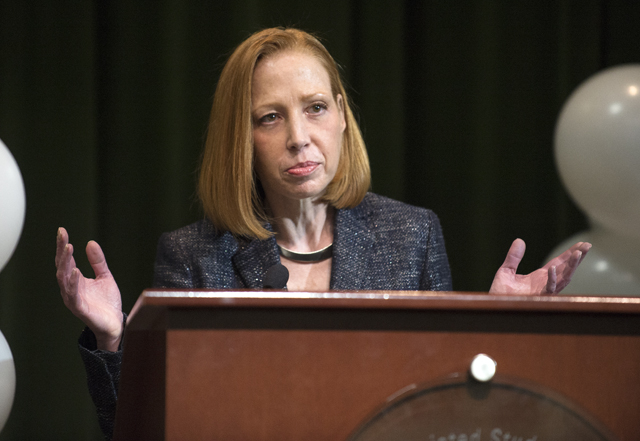 Throughout her childhood and much of her adult life, best-selling author Terri Cheney hid a painful secret from her friends, family and colleagues — she had bipolar disorder.

The condition caused her to swing from dark depressions to manic highs, but Cheney also credits it with much of the success she experienced as a lawyer in the entertainment industry.

The disorder is often correlated with creative thinking, she said on Tuesday as the keynote speaker of the university’s 21st annual Unity Luncheon.

But eventually the effects of the disorder became too much for her to handle. Following the death of her father, she came very close to committing suicide.

“I didn’t manage to kill myself, though I gave it a damn good try,” Cheney said.

It was that episode that prompted her to seek out professional help and begin making changes to bring her life under control. One of the most powerful weapons she has against the disorder is disclosure, speaking out and telling others about her experiences.

Cheney hammered that message home on Tuesday. No one should be afraid to be open about who they are. The theme of this year’s luncheon was “See the person, not the disability.”

In his opening remarks, Cal Poly Pomona President Michael Ortiz said the university is dedicated to being a welcoming place for people from all walks of life.

“Accessibility and affordability are deeply felt in the university’s values,” Ortiz said, adding that there is still more work to be done.

Maria-Lisa Flemington, a member of the Unity Luncheon Committee, said it’s all too easy to fall into the trap of making assumptions about others, especially those with mental illnesses.

“Our minds are just geared toward stereotyping to make order out of chaos,” Flemington said.

“I can tell my own story as often as possible to as many people as possible,” Cheney said.

The luncheon concluded with each affinity group presenting certificates of merit to this year’s diversity champions, which included staff members and students. They are: