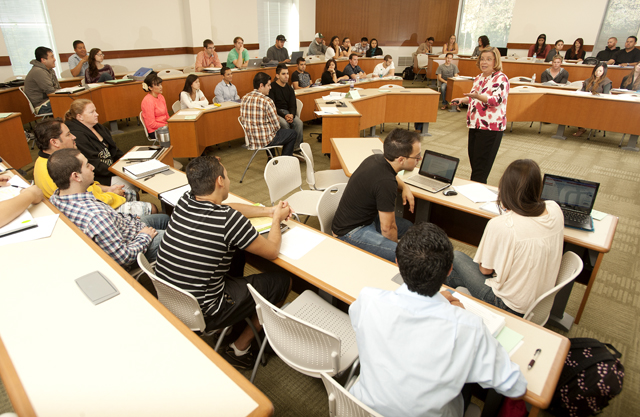 Cal Poly Pomona has once again been named one of the best values in higher education.

The university is listed in Kiplinger’s Personal Finance magazine’s annual rankings of the top 100 public colleges and universities that blend excellence and affordability. Cal Poly Pomona moved up two places from the previous year, to 89th.

“We applaud this year’s top 100 schools for their efforts to maintain academic standards while meeting the financial needs of their students,” said Janet Bodnar, editor of Kiplinger’s. The magazine cited Cal Poly Pomona’s low average student debt, four-year graduation rate and the amount of financial aid available to students

“Even at a time when budget cuts have seriously impacted the entire university, our faculty and staff have excelled in their efforts to provide an excellent educational experience for our students,” Ortiz says. “I applaud them for constantly striving to ensure the success of our students.”

Three other CSUs made Kiplinger’s list: Cal Poly San Luis Obispo (40th), San Diego State (77th) and Cal State Long Beach (82nd). UCLA, rated sixth, was the highest ranked of eight UCs that made the top 100. The University of North Carolina at Chapel Hill was ranked first this year, followed by the University of Florida and the University of Virginia.

The annual public school rankings will appear in Kiplinger’s February issue. The full list can be seen at kiplinger.com/links/college .