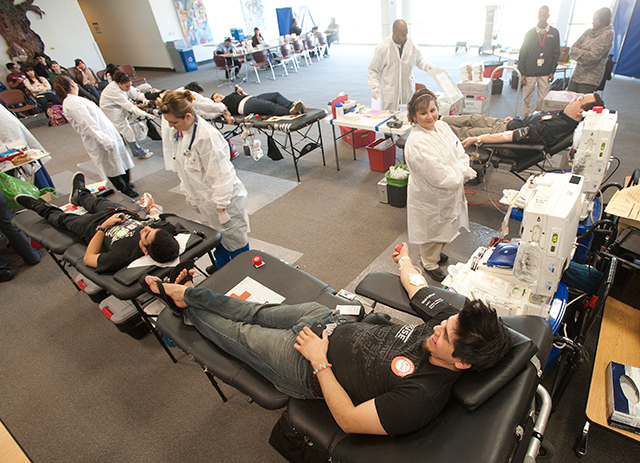 The Red Cross is holding a blood drive on campus Nov. 14 & 15, but donors can also contribute blood and platelets immediately at the organization’s Pomona Donor Center at Innovation Village, near South Campus and Kellogg drives.

Hurricane Sandy forced the Red Cross to cancel more than 370 blood drives in 13 states, resulting in a loss of more than 12,500 pints of blood, according to Nick Samaniego, spokesman for the American Red Cross Blood Services Southern California Region.

“Really what we’re doing is we’re replenishing our blood supply all across the country,” Samaniego said.

Platelet donations are especially needed because they have a shelf life of only five days, he said.

Prospective donors must be at least 16 with parental consent – forms are on the Red Cross website – or 17 by themselves, he said. The Red Cross asks first-time donors to give whole blood so it can conduct a platelet count, Samaniego said.

The Pomona Donation Center is open seven days a week for donations. Donors should make an appointment by calling 1-800-RED-CROSS, Samaniego said.