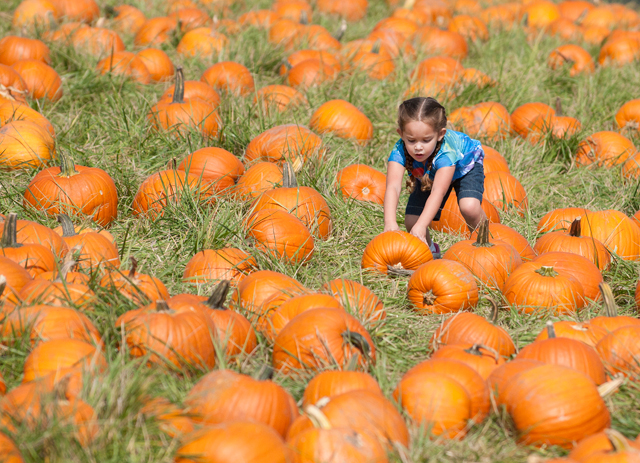 This year marks the 20th anniversary of the Pumpkin Festival, which draws tens of thousands of children and parents from throughout Southern California who want a taste of farm life.

“There’s nothing like it anywhere in the area,” says Dawn Taccone, manager of the Farm Store, which hosts the event with the College of Agriculture. “It’s a huge tradition for families.”

The festival, which will be held Saturday and Sunday, Oct. 20 and 21, features enough events and entertainment to keep even the most active youngster busy, which is something its founders could hardly have envisioned. In the 1980s, students in Los Rancheros grew two or three acres of pumpkins as a club project. A few years later, agronomy majors Peter Rethans and John Scofield invited the Diamond Bar YMCA to let their kids harvest a batch.

Soon, the College of Agriculture extended the invitation to local elementary schools, “and that grew and grew to the point that we had close to 60 buses visit in the early ’90s,” says Dan Hostetler, a professor and chair of the plant sciences department who has been part of the pumpkin tradition since its inception.

The Farm Store still invites schools to select pumpkins before the weekend festival. Thousands of pumpkins are grown on university land in Chino and trucked to the field near the Farm Store. 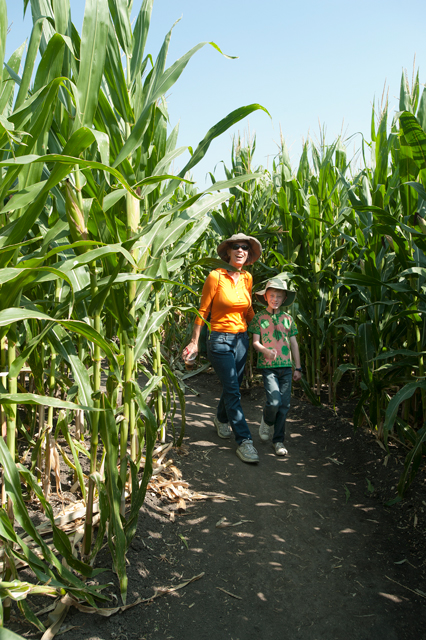 “The funniest thing you’ll ever see is when a busload of kids arrive,” Hostetler says. “The first thing they do is run to the farthest point in the field. The biggest space they’ve probably ever seen is a quarter-acre playground, and we have nine acres.”

This year’s festival will take on a new twist. Spookley the square pumpkin, a children’s book character who encourages tolerance and acceptance of everyone all shapes, sizes and colors, will be the face of the event. Visitors can expect a huge Spookley shaped corn field maze, showings of Spookley’s DVD every hour on the hour, an array of food and vendors, a petting zoo, horse rides, children’s games, live entertainment, and pumpkins starting at $5 apiece.

“We don’t charge anything to get in. We try to keep prices down so it’s affordable and families can come in and enjoy themselves,” Taccone says. “I walk through the festival and sometimes think, ‘This is amazing. Knowing it started with two students and see how much it’s grown.’”

Other: Free admission and parking

All proceeds will support College of Agriculture student clubs and activities, as well as farm operations.