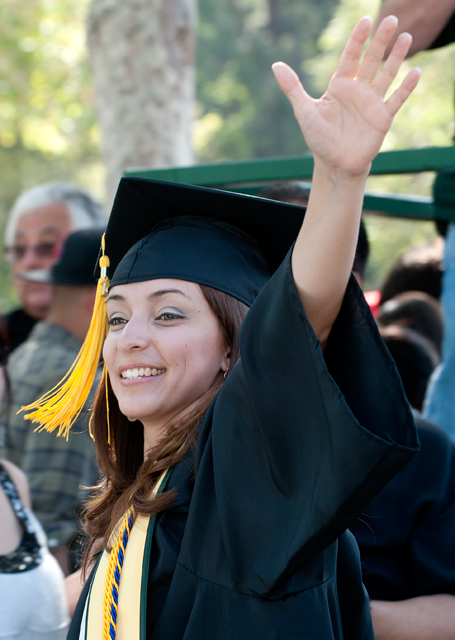 One of Cal Poly Pomona’s most effective STEM student support programs has received a grant from the National Science Foundation (NSF) of nearly $600,000 over the next five years.

SEES provides traditionally underrepresented students with faculty advising, student-led academic excellence workshops, access to a study center and computer facilities, and links to professional development and research apprenticeships. The first grant of $584,000 from NSF was awarded in 2007.

The program’s strength, Burke says, is building personal connections among students and faculty. During quarterly meetings, guest speakers and faculty talk about their research and career paths, and students share their on-campus experiences and thoughts on applying to graduate school. 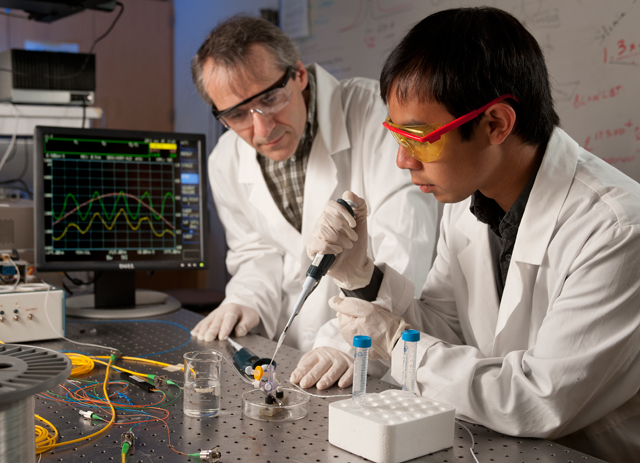 “I think it’s important for students to hear from other students and to know what it takes. It’s that cohort feeling,” Burke says. “We really promote going to conferences, presenting papers and doing research, because those are the things you need to develop as a professional.”

When chemistry major Dianne Sanchez joined the NSF Scholars program last year, she often talked with graduating seniors about the GRE, graduate school and their research projects. The quarterly meetings with other scholars are one of the “great perks,” along with tailored advising from faculty. A year later, Sanchez changed her career aspirations from crime scene investigator/analyst to professor/researcher at a university.

“The best piece of advice was to do research. Dr. Burke always tells us to get into research because that will help us get into graduate school,” says Sanchez, who will apply to a doctoral program next fall. “She also advised us to not overdo it. Concentrate on your studies first, research second, then work. She taught me that you don’t have to be a jack of all trades, just a master of the important ones.”

In addition to academic and professional support services, the first NSF grant allowed SEES to provide 88 students with one- or two-year scholarships of up to $4,000. The new grant, which began Sept. 1, will increase the maximum annual award to $5,000.

For the new grant, Burke and co-investigator Michael Page, assistant professor of chemistry, plan to expand the networking opportunities with master’s and doctoral students at research universities, such as UCR and UCLA, in order for participants to learn more about the graduate school experience.

For more information about the program, visit www.cpp.edu/~sees/.