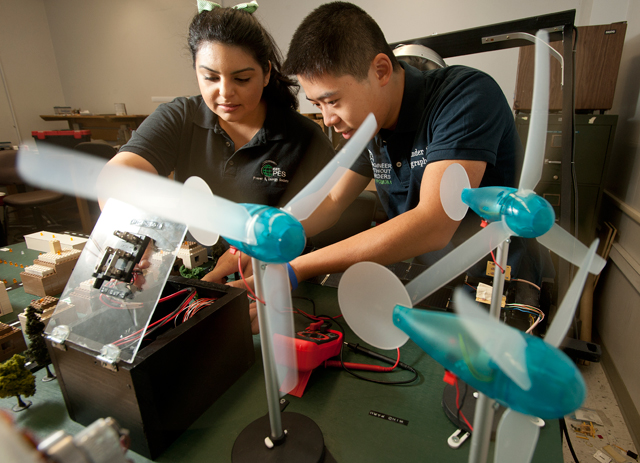 U.S. News & World Report’s annual rankings of universities have been released, and once again Cal Poly Pomona is among the top public universities in the West. The university tied for eighth among non-doctorate-granting institutions, and it also drew high marks for the College of Engineering.

Among both public and private regional universities, Cal Poly Pomona tied for 34th in the West, an area that comprises 15 states from California to Texas and Alaska to Hawaii. U.S. News & World Report cited Cal Poly Pomona’s hands-on model of education, noting that “students have many opportunities to learn by doing outside of the classroom.”

“We are very pleased to be one the best applied engineering schools in the country,” says Mahyar Amouzegar, dean of the college. “The ranking is a testament to our learn-by-doing philosophy and the dedication of our faculty and staff. We are committed to providing students with an exceptional engineering education.”