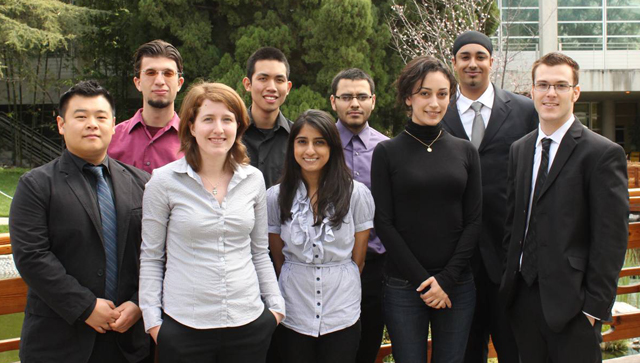 Nine students submitted their design, “STORM,” to the international competition hosted by the American Institute of Aeronautics and Astronautics Foundation. Teams from around the world designed and produced a business plan for a commercial Earth-to-orbit passenger vehicle. “STORM” was designed to fly in space for four days before returning tourists or researchers safely back to Earth.

The dedication and team cohesion sealed the award, say team leads Samira Motiwala and Colleen McAvoy. “The greatest aspect of working on this team was the shared passion for this design project,” Motiwala says.

“I can definitely say that placing in the competition was a nice way to conclude the team’s senior year at Cal Poly Pomona,” McAvoy adds.

“They did a good, thorough job and have been suitably rewarded by this international honor and cash prize,” says Professor Donald Edberg, team advisor.

AIAA is the world’s largest association dedicated to the aerospace profession.