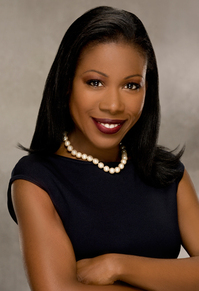 The event, sponsored by the Kellogg Distinguished Public Lecture Series, is free and open to the public. Advanced registration is required.

Wilkerson’s book, “The Warmth of Other Suns,” brings to life one of the greatest underreported stories of the 20th century. During the Great Migration from 1915 to 1970, about six million black Southerners moved north and west in search of a better life.

Wilkerson interviewed more than 1,200 people and unearthed archival research. Her book focuses on the lives of three individuals and also compares the epic migration to the migration of other peoples in history.

Wilkerson discussed her book and research on NPR in September 2010. The 25-minute audio interview, transcript, and an excerpt from her book are on the NPR website.

The Kellogg lecture series, funded by the Kellogg Legacy Project Endowment, aims to bring in speakers that relate to one of the university’s core values of polytechnic identity, academic quality, learn by doing, teacher scholars, environmental sustainability, and celebration of diversity. In January, the inaugural Kellogg lecturer, Robert Beachy, spoke on sustainable agriculture.