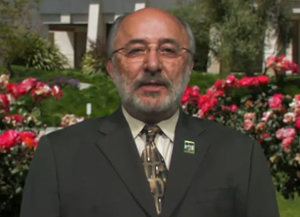 President Ortiz congratulates the student chapter of the American Society of Civil Engineers for placing first in the Pacific Southwest Conference and competition. Students competed against teams from 17 other universities in Central and Southern California, southern Nevada, Arizona and Hawaii. The concrete canoe team will move on to the ASCE national competition June 14-16.

Other student groups recognized in the weekly video are the American Marketing Association for bringing home a number of awards from a recent conference, as well as the Model United Nations team for receiving the Distinguished Delegation award at its conference in New York. The Society of Automotive Engineers and advisor Cliff Stover have also been awarded by their national organization.