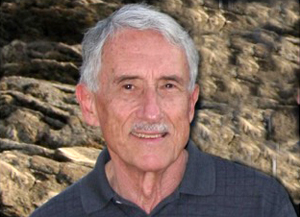 Professor Emeritus Fred Shafia, who taught microbiology for more than three decades at Cal Poly Pomona before retiring in 2000, died April 20 from complications of Alzheimer’s disease. He was 78.

Shafia, a stalwart in the College of Science for 36 years, started his career at Cal Poly Pomona in 1964 after earning his doctorate at the University of Nebraska. In addition to encouraging, prodding and mentoring generations of students, he sat on several committees, served as faculty advisor and helped guide the development of the microbiology-medical technology section from a single course to a major. He was also the biology department’s scheduling coordinator for many years, a responsibility that sometimes required tough calls and deft diplomacy.

“Fred was a wonderful, cheerful and highly active person — a very successful and popular professor,” says Professor Emeritus Laszlo Szijj, a close friend whose career in the College of Science dovetailed with Shafia’s. “He was in love with his job, especially in the early years.”

His legacy can be seen in the College of Science building, where he was instrumental in the development of plans for the microbiology laboratories, and in the Biotechnology building, where he participated in the selection of equipment for the laboratories. It was in the classroom and the lab, however, where he poured his energies, guiding students and conducting research. He was the first professor at the university to be awarded basic research grants from the National Science Foundation, in 1965 and 1969.

“Fred was a fighter — a fighter for the faculty and for student rights,” says Professor John Chan, who joined the biology faculty two decades ago. “He was persistent about the things he believed in, and he was a concerned educator. He helped young people move on to graduate work, and during his time here he helped to lay the foundation that benefits today’s microbiology students. They probably never met him, but they owe him a debt of gratitude.”

Early in his career, Shafia earned a reputation as a gracious host, says a longtime colleague, Professor Len Troncale.

“He had a mountain retreat right next to Mt. Baldy stream. It was a very beautiful venue that he shared generously for department and staff parties,” Troncale says. “He was my landlord for a good many years up in Mt. Baldy Village. He was a very good landlord — getting things done right away and always responsible. He suffered no nonsense but he could be very generous. When I was with my two sons visiting during the summer, he would bring us along on his trips to the desert or the river.”

“His greatest joy was his family,” Szijj says.

The family asks that, in lieu of flowers, donations may be made to the Cal Poly Pomona Foundation, with the notation “Dr. Fred Shafia Memorial.” Contact Brandon Raphael in University Advancement at (909) 869-2825 for details.