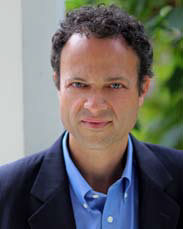 Pianist Jonathan Bass will perform on Wednesday, March 28 at 8 p.m. and give a free master class at noon on Thursday, March 29. Both events will be held in the Music Recital Hall.

The concert program includes works by Bach, Chopin, Janáček, Debussy and Copland/Bernstein. Tickets are $15 for general admission and $10 for students. They are available online at https://csupomona.tix.com or at the Music Box Office in Building 24, room 188.

Bass, a frequent soloist and chamber musician, is the chair of the Piano Department at the Boston Conservatory. He has performed with numerous orchestras, including the Boston Esplanade Pops at Symphony Hall and the North Carolina Symphony at the Appalachian Summer Music Festival. Bass gave his New York debut at Carnegie Hall’s Weill Hall as the first-prize winner of the 1993 Joanna Hodges International Piano Competition.

Other performances this year include the Chichibu International Music Festival near Tokyo this summer and with the Cambridge Symphony in Sanders Theater at Harvard University in May.

Bass has been featured on National Public Radio’s “Performance Today,” the McGraw-Hill Artists Showcase on WQXR in New York, and WGBH in Boston. Internationally, he has performed in Mallorca, Moscow, Tel Aviv and Warsaw.