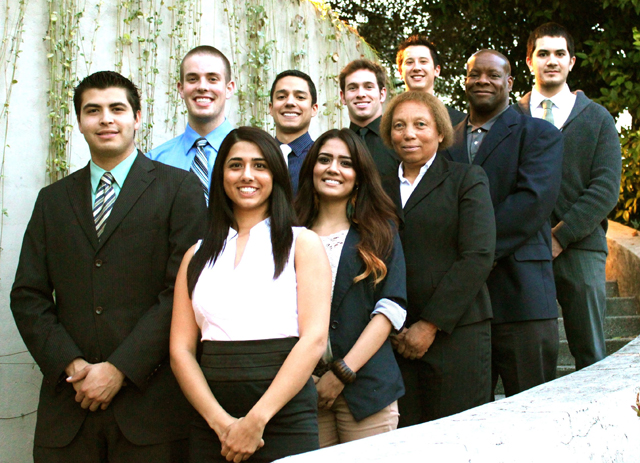 For the second year in a row, Cal Poly Pomona is the only California school to receive recognition in an international business competition that tests students¿ ability to create a real-world marketing plan.

The 14-person team received an honorable mention and will be acknowledged in March at the American Marketing Association¿s 34th annual International Collegiate Conference in New Orleans.

The business majors, who are also members of the Cal Poly Pomona chapter of AMA, stunned marketing educators last year when they received an honorable mention in their first attempt at a business case competition. International business and marketing student Domingo Carvajal, who was on the 2011 team and served as co-leader of the 2012 team, was determined to prove that last year¿s performance was not a fluke.

¿I don¿t just go to school here, I love Cal Poly Pomona,¿ says Carvajal, AMA president. ¿I really wanted to get back-to-back recognition so everyone in National AMA knows Cal Poly Pomona is a force to be reckoned with.¿

In this year¿s competition, students created an extensive marketing plan to encourage college-bound students to enroll in Pearson online courses. Their plan included traditional marketing tactics such as visiting college fairs, trade shows and churches. The modest $500,000 budget forced the team to also adopt a strong social media push, and members created a social media website, an outline and renderings of a Facebook game, and mobile phone applications that would serve as a pull strategy to enroll students in Pearson courses.

Hebba Fares, co-leader and AMA vice president, says the competition was a great learn-by-doing experience because it required her to apply everything she has learned in her three years at Cal Poly Pomona, including primary research, creative thinking and leadership training.

¿Even though it was mentally exhausting, an experience like this is irreplaceable,¿ Fares says. ¿I can¿t imagine what my college career would be like without this.¿

(Photo: Members (not all pictured) of the 2012 Cal Poly Pomona chapter of the American Marketing Association. Photo courtesy of Ali Smith.)