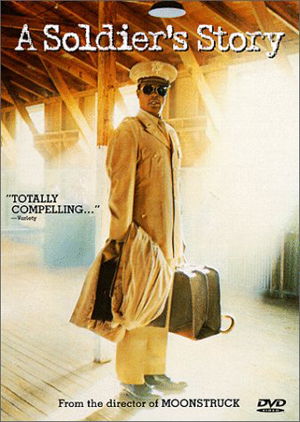 The Academy Award-nominated film ¿A Soldier¿s Story¿ will be screened on campus Tuesday, Jan. 17. A panel discussion with actors William Allen Young and Art Evans will be held after the screening.

James Swartz, professor and chair of the international business and marketing department, says the key issues of racism and inequality shown in the movie are relevant to the campus community today.

¿This movie is not just escapist entertainment, it has a message,¿ Swartz says. ¿And I think it¿s particularly valuable for our student body to gain an appreciation of the fact that it wasn¿t that many years ago that we were a segregated society.¿

Young grew up in South Central Los Angeles during the height of the civil rights movement. He is best known for playing Frank Mitchell on the television series ¿Moesha.¿

Evans is an actor and a musician, and his musical skills were demonstrated in his role as Blind Lemon Jefferson in the film ¿Leadbelly.¿ He also had a role in the film ¿Die Hard 2,¿ and television series ¿Monk,¿ ¿Family Matters¿ and ¿M*A*S*H.¿