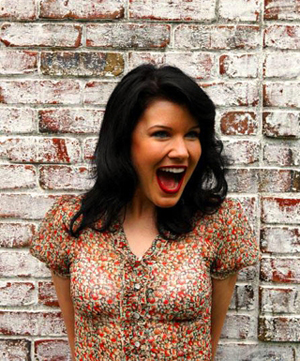 Singer, songwriter, record and performing artist Kelly Jones will perform Thursday, Feb. 9 at 8 p.m with special guests Bill DeMain and Larry Goldings. The event, free to the public, will take place in the Music Recital Hall.

Jones has shared a stage or recording studio with the likes of Mike Viola, Adam Schlesinger and Brian Blade. The Washington native, who has released four albums, has traveled the world performing her mélange of rock, pop, country, folk and swing influenced songs. Recently she played bass and sung backing vocals as part of Mandy Moore¿s band on “Ellen,” “The Tonight Show with Jay Leno,” “Jimmy Fallon” and “The View.” A song Jones wrote with Viola, ¿Hot ¿n¿ Hazy¿ is featured in the opening of “That’s What She Said,” a movie by director Carrie Preston which is going to Sundance this year.

DeMain, a singer, songwriter and music journalist, has written for and with many artists including Marshall Crenshaw, Kim Richey and Boo Hewerdine. He is one half of the pop duo Swan Dive, which has released nine albums, appeared on “Late Night With Conan O¿Brien,” and has opened for Norah Jones, Janis Ian and Sixpence None the Richer. He is a regular contributor to such publications as MOJO, Classic Rock and Mental Floss, and wrote the liner notes for the Grammy-nominated box set The Look of Love: The Burt Bacharach Collection.

Keyboardist Larry Goldings, a highly demanded and versatile sideman, has collaborated in the studio and on the road with many artists including Christina Aguilera, Walter Becker, Tracy Chapman, Herbie Hancock, Norah Jones, John Mayer, David Sanborn, Pat Metheny and James Taylor. Goldings has released 15 albums, many with his longtime organ trio with Peter Bernstein and Bill Stewart. In 2007, Goldings (alongside John Scofield and Jack DeJonnette) received a Best Jazz Album Grammy nomination for their recording, “Trio Beyond – Saudades.”