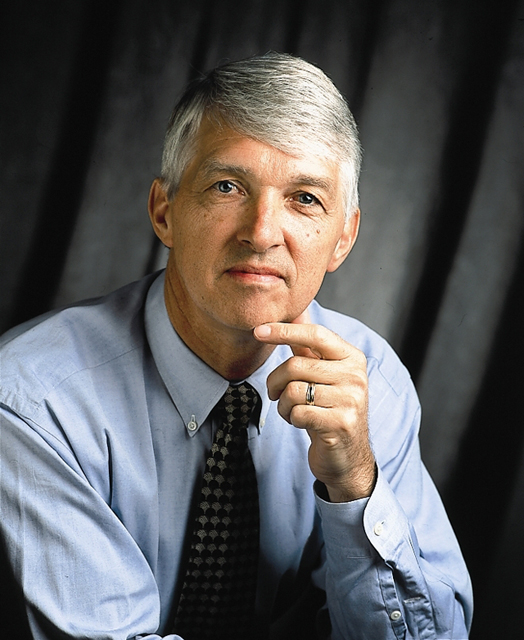 The Kellogg Distinguished Public Lecture Series will host its inaugural lecture by Roger Beachy, a member of the U.S. National Academy of Sciences, founding president of the Donald Danforth Plant Science Center, and professor of biology at Washington University in St. Louis. The talk will take place Thursday, Jan. 26 in the University Theatre.

Beachy will discuss the future of sustainable and intensive agriculture in his lecture, ¿The Role of Science and Technology in Achieving Global Food Security.¿

In 2009, Beachy was appointed as the first director of the National Institute of Food and Agriculture by President Barack Obama and served through May 2011. Prior to the appointment, he served as the founding president of the Danforth Center and served in this position from 1999 to 2009. From 1991 to 1998, he Beachy headed the Division of Plant Biology at The Scripps Research Institute. Beachy was a member of the biology department at Washington University from 1978 to 1991, where he was professor and director of the Center for Plant Science and Biotechnology.

Beachy¿s groundbreaking work on plant genetic engineering, leading to the development of plants resistant to viral diseases, has won him numerous honors and awards. He is a member of the U.S National Academy of Sciences and a fellow of the American Association for the Advancement of Science, the American Academy of Microbiology, and the Academy of Science of St. Louis. Beachy¿s numerous awards include the Wolf Prize in Agriculture (Wolf Foundation in Israel), Dennis Robert Hoagland Award (American Society of Plant Biologists), Ruth Allen Award (American Phytopathological Society), Peter Raven Lifetime Achievement Award (Academy of Science of St. Louis), and an honorary Doctor of Science degree from Michigan State University.

Based on a proposal funded by the Kellogg Legacy Project Endowment, Sepehr Eskandari, professor and interim chair of the biological sciences department, and other members of the Kellogg Lectures Steering Committee, established the Kellogg lectures project with the idea that every talk would relate to one of Cal Poly Pomona¿s core values. The core values are polytechnic identity, academic quality, learn by doing, teacher scholars, environmental sustainability, and celebration of diversity.

¿If you look at the work Dr. Beachy is doing, it clearly relates to environmental sustainability,¿ Eskandari says. He hopes that the project¿s messages will be wide-reaching.

¿We wanted to start something that would expose the whole campus community to new ideas; not just students but faculty and staff as well.¿ Eskandari notes that the goal for each speaking event will be to educate the campus community about an important scientific, technological, cultural, political, ethical/philosophical, and/or social problem that humanity faces and, most importantly, to inspire the campus community to think and reach beyond the confines of ordinary academic experiences.

The lecture, which is open to the public, will be held in the University Theatre at 7 p.m. A networking session will take place at 6 p.m., and Q&A session will follow the lecture at 8 p.m. Additional information about Beachy¿s talk can be found at www.cpp.edu/~kellogglectures/.