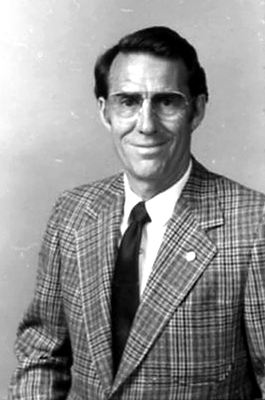 Edgar C. Pierce, former director of the news and publications department, died Jan. 9 at the age of 89.

Pierce had a 40-year career in live television production, broadcast advertising and public relations, and was a charter member of the Pacific Pioneer Broadcasters. He began volunteering with the Tournament of Roses Association in 1961, served as a committee chair for several years and was made an Honorary Life Member in 2003.

¿I first met Ed while he was involved with the Tournament of Roses and became so impressed with his demeanor and skill set that I encouraged him to apply for a position at Cal Poly Pomona,¿ Simons says.

Pierce also volunteered as an advisor to the Rose Float program, helping to generate news coverage. While working at the university, Pierce met his wife, Peg. After retirement from Cal Poly Pomona in 1989, the couple moved to Cambria.

A memorial service will be held at 11 a.m., on Saturday, Jan. 28, at the Community Presbyterian Church in Cambria.