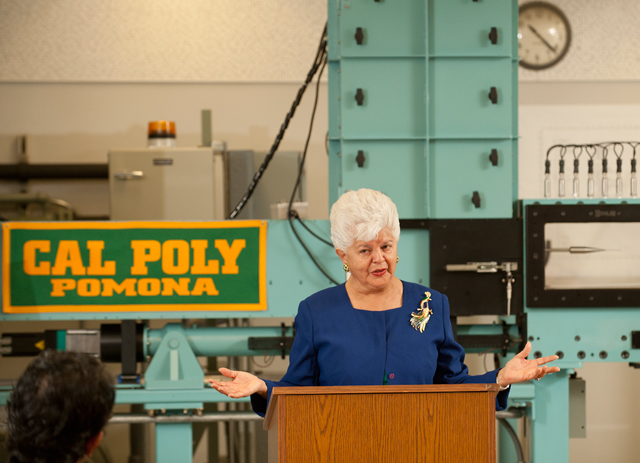 The College of Engineering has named a research facility after Congresswoman Grace Napolitano for her support of the aerospace engineering department and the college. The new Hon. Grace F. Napolitano Wind Tunnel Complex and two named wind tunnels in Building 13 were unveiled at a dedication Jan. 12.

Over the past six years, Napolitano helped secure $5 million in federal funding, including the subsonic and supersonic wind tunnels and other aerospace labs and equipment. The congresswoman also supported the university¿s partnership with the Air Force, which provided the wind tunnels and other laboratory equipment on a long-term loan for academic projects and research.

¿Concepts come to life through experimentation,¿ said Greg Jelic, president of the student chapter of the American Institute of Aeronautics and Astronautics. ¿We are able to see concepts firsthand through these wind tunnels.¿

University President Michael Ortiz said the wind tunnels are a great example of teaching theory through application. When students graduate from Cal Poly Pomona, they are ready to make an immediate impact in the industry. ¿We believe we are key to the economic revitalization of California,¿ Ortiz said.

The wind tunnels, which replaced 40-year-old equipment, were designed specifically for the aerospace engineering department¿s academic and research needs, says department chair Ali Ahmadi. They are 10 times more complex than the previous models, and each took four years to design and build. 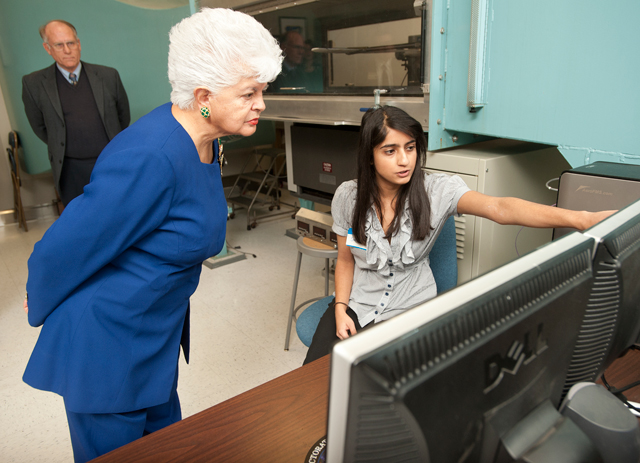