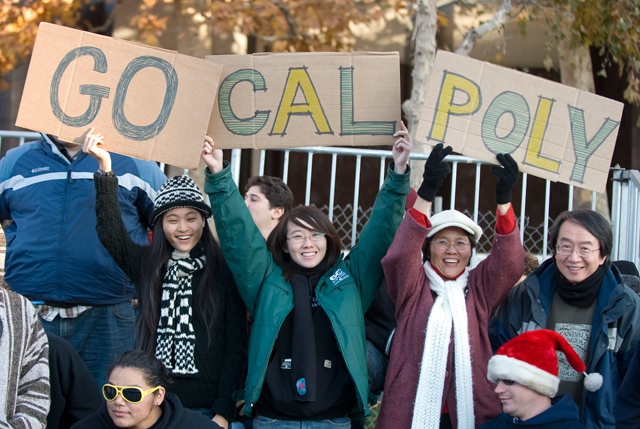 Memories of the 2012 Cal Poly Universities’ rose float, ¿To the Rescue,¿ are still fresh, but it¿s already time to start thinking about 2013.

Sally M. Bixby, the second woman to lead the Tournament of Roses Association in its long history as president, has announced that the theme for next year¿s parade will be “Oh, the Places You’ll Go,” in homage to Dr. Seuss and his book of the same name.

Now it¿s time for the Cal Poly Pomona and Cal Poly San Luis Obispo communities to come up with a concept for their entry, which, like the 64 that have preceded it, will be engineered and built entirely by student volunteers over the next 11 months.

¿The concept contest is a great way for the entire campus to share in our rich rose float history,¿ says Ron Simons, associate vice president for University Advancement, whose affiliation with the rose float entry goes back half a century. ¿Even if you don¿t have the time to volunteer at the Rose Float Lab ¿ even if you¿re allergic to some floral materials ¿ you can still play an integral part. In fact, the whole process starts with selecting a concept.¿

The contest is open to the public, and multiple entries are allowed. All entries should be no larger than 11-by-17 inches and done in black and white or color. Copyright infringement, such as depicting cartoon characters, is prohibited. Names, phone numbers and email addresses are required on all entries.

The contest deadline is Friday, Feb. 3 at 5 p.m., and submissions should be turned in to the Office of Student Life & Cultural Centers in Building 26. Contest questions should be emailed to marketing@rosefloat.org.

The grand prize is two tickets to the 2013 Rose Bowl game or $1,000 cash. Multiple winners would split the prize.