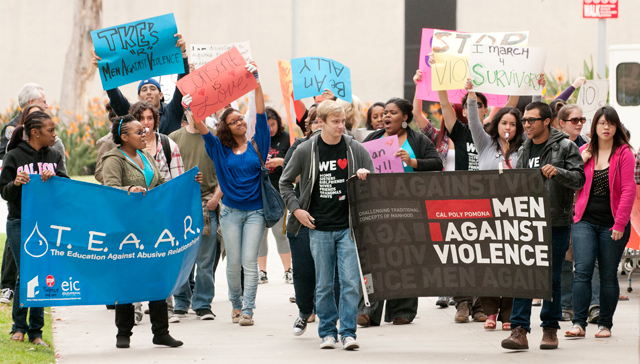 The increase in individuals seeking support is not an indication of a rise in crime or violent behavior. Instead, it¿s an encouraging sign that the center is doing its job and the campus community is recognizing its value, says coordinator Mayra Lewis.

¿It¿s not that there¿s more crime at Cal Poly Pomona. Violence is a problem on all college campuses,¿ Lewis says. ¿It just means that our students know where to go.

¿We¿re one of three CSUs that has a whole office dedicated to preventing violence on campus. We provide a safe space for survivors to explore their options, and we also offer support and explain the legal process.¿

The center recently received a $199,991 grant from the Department of Justice, its fourth award from the agency since the center¿s inception in 2000. The funding is critical in providing crisis intervention and educational programming on intimate violence and unhealthy relationships.

Relying on a large support network is one of the center¿s strengths. Lewis knows that the two part-time peer educators and handful of interns can¿t do it alone. Advocates can include everyone ¿ from paid staff members and volunteers to friends of survivors and people in the community who embrace the center¿s values.

¿We provide crisis intervention and help survivors weigh their options. For example if someone needs long-term counseling and therapy, we refer them to CAPS,¿ Lewis says. ¿We help them access their resources.¿ 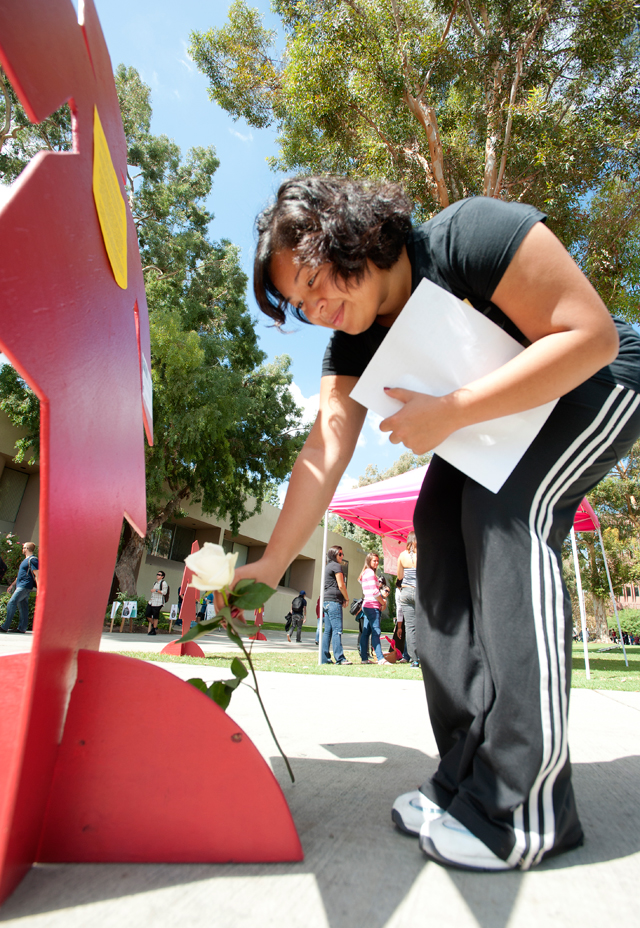 In addition, student-led groups such as Men Against Violence and The Education Against Abusive Relationships (TEAAR) are essential grassroots networks that raise awareness and stand up for survivors. Student members help organize and participate in the center¿s signature events, including training workshops, V-Day performances and the Take Back the Night rally.

Jackie Lara, a 2011 alumna and a part-time peer educator, knows firsthand the value of an inclusive community. When she came to Cal Poly Pomona as a freshman in 2005, she subscribed to the belief that most women are selfish, catty and out to steal boyfriends. At the VPWRC, she discovered the opposite ¿ a welcoming group of empowered individuals.

¿I wanted to meet empowered women, and I did. They care about everyone,¿ says Lara, who majored in animal science and plans to earn a master¿s degree in women¿s studies. ¿It¿s a very safe space. It feels like home.¿

After a few years of volunteering, she earned state certification in sexual assault crisis counseling and became a part-time peer educator. In presentations to classes about intimate violence, Lara teaches students how to help a friend who discloses abuse, and she discourages rape jokes and victim-blaming statements. In addition, she shares what it means to be a feminist.

¿I define feminist to be all-inclusive. I define feminist as a person who fights for the empowerment and equality of marginalized communities for the betterment of all peoples,¿ Lara says. ¿It¿s not an ugly word. It¿s not a man-bashing thing. We have men, we have women. We¿re feminists.¿

Christian J. Murillo, a psychology major and co-president of Men Against Violence, says violence prevention is something that everyone should strive for.

¿One of the prevalent issues in our society is that women are still oppressed, and men are the majority who contribute to this oppression,¿ Murillo says. ¿I think that women are equal to men and that both are meant to live together to support each other, not exploit one another.¿

To be more inclusive this year, the annual V-Day performance in February will depart from the traditional ¿Vagina Monologues¿ production, which employs an all-female cast. Instead, men and women will perform ¿A Memory, A Monologue, A Rant and A Prayer,¿ a collection of monologues by different writers and edited by V-Day founder Eve Ensler. Show dates are Feb. 3, 4 and 11.

¿It¿s very important to have an inclusive environment at Cal Poly Pomona, not just because we are so diverse but also to set an example for other institutions to follow,¿ Lara says. ¿The Violence Prevention & Women¿s Resource Center is a unique organization for the CSU and is a model for other campuses to follow. Our success is in having an environment that welcomes all people and extends services to all groups.¿

(Top photo: Students participate in a march against sexual assault April 21. Bottom photo: Siti Aqilah places a rose on a memorial for a slain woman at the Silent Witness Project, which raises awareness about domestic violence, on Oct. 7, 2010.)