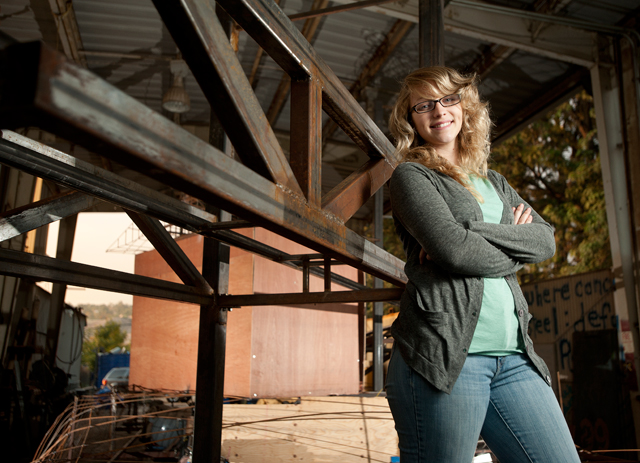 The Rose Float Lab on the eastern edge of campus is hub of activity virtually year-round, but the pace quickens significantly in the final two months leading up to the Rose Parade.

Dozens of student volunteers swing into action ¿ fitting, welding, molding, painting and fine-tuning what will be the 64th consecutive Rose Parade entry for the Cal Poly Universities. Like their predecessors, they have the drive, creativity and teamwork to produce another award-winner, but they lack one key ingredient: a steady supply of meals to feed the 150 to 200 students who will descend on the lab in mid-December for Design Week, the final frenetic push before ¿To the Rescue¿ is slowly driven to Pasadena for decorating.

Restaurants are often the biggest difference-makers, Frasher says, because they provide prepared meals that can feed an entire army of student volunteers.

¿It¿s such a huge boost when a restaurant helps out,¿ Frasher says. ¿They¿re definitely part of the team. When our float goes down Colorado Boulevard, the people who provided meals can say they helped put it there.¿

¿They¿re welcome to drop off food and supplies at the lab, but we¿ll be happy to pick up donations as well,¿ she says.

Some of the items that volunteers are seeking: