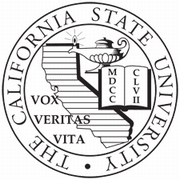 Trustees Approve Budget Seeking Restoration of $333 Million from State
The CSU Board of Trustees this week adopted a budget for the 2012-13 fiscal year that requests state lawmakers provide an additional $333 million in funding.

The trustees also approved an undergraduate tuition increase of $498 per year, effective fall 2012.

The budget identifies increased funding needs of $397 million, and asks the governor and the legislature for a total increase of $333 million from the state general fund. Approximately $64 million in revenue would come from tuition fee revenues associated with enrollment growth of 5 percent (approximately 20,000 students). The budget also includes a 3 percent compensation increase for all employees (subject to collective bargaining for represented employees), funding for the CSU¿s Graduation Initiative and related student services, and funding for increased mandatory costs such as employee health care benefits and energy.

The recommended expenditure plan would bring annual spending for support of the CSU to almost $4.4 billion.
“The additional revenue requested in this budget is critical to addressing the deep and painful cuts the CSU has had to absorb, and to ensure that students have access to needed courses and support services,¿ said Chancellor Charles B. Reed. “With the continued uncertainty in the state’s economy, it is important to provide students and parents with as much notice as possible that tuition could go up in fall 2012.That said, we must all work with legislators to restore the funding needed to maintain access and quality for CSU students.”

Tuition for full time undergraduates would rise to $5,970 from $5,472 in fall 2012.Including the CSU average of campus-specific mandatory fees of $1,047, total fees would average $7,017. Approximately 45 percent of the CSU¿s undergraduates would not pay the tuition fee increase due to grants or aid.

The CSU is also reviewing options to more effectively package financial aid with the goal of providing more grant aid to a broader number of students. Under the current financial aid plan, students from households making $70,000 or less on average pay no tuition. Since 2007, annual financial aid to CSU students has increased nearly $800 million, with grants, scholarships and waivers making up $475 million.

In two of the last four fiscal years, state funding to the CSU has been dramatically reduced, forcing the trustees to approve extraordinary tuition fee increases. However, increases in revenue from tuition hikes–after setting aside one-third for financial aid–have not kept pace with state funding cuts. For the current fiscal year, tuition increases raised approximately $300 million, but the CSU’s budget was cut by $650 million, with another $100 million ¿trigger¿ cut looming. This would reduce the CSU¿s state funding to $2 billion, a year-over-year reduction of 27 percent.

The approved budget request for 2012-13 assumes that additional “trigger” cuts this year will be one-time and not affect the CSU¿s ongoing base of state support.

“As California’s largest producer of teachers, the CSU is proud to lead the way in increasing the development of math and science teachers,” said Beverly Young, CSU assistant vice chancellor for teacher education and public school programs. “Our partnerships at the state and federal level have been extremely important in the fulfillment of this goal, which will be a tremendous benefit to the state.”

The California Legislature has provided support for the Math and Science Teacher Initiative each year through the state budget and the CSU¿s campuses have also acquired federal grants, including the prestigious Robert Noyce award from the National Science Foundation. The CSU has also developed strong partnerships with the U.S. Department of Energy and NASA which have provided research internships in leading federal laboratories for more than 220 CSU future science teachers.

Additionally, the CSU’s success in math and science teacher preparation led to its inclusion in the prestigious 100Kin10 national initiative which aims to increase by 100,000 the supply of STEM (Science, Technology, Engineering and Math) teachers in the next decade. The CSU has committed to preparing 1,500 new math and science teachers annually and will also provide additional training for laid-off teachers leading to second credentials in math or science and new opportunities in these high demand fields. More information.

Californians Give CSU High Marks, Value Higher Education
More than half of the state¿s residents (56 percent) continue to rate the California State University as doing a good or excellent job, according to a survey released this week by the Public Policy Institute of California (PPIC).

When it comes to the state¿s higher education system, however, three in four residents (74 percent) say there is not enough state funding for higher education, and two in three say public colleges and universities have been affected significantly by budget cuts. Most Californians are concerned about the state¿s public universities increasing fees, offering fewer courses and reducing admissions.

¿People realize that you can¿t continue to provide access to a high-quality education without sufficient state funding,¿ said CSU Chancellor Charles B. Reed. ¿The state has to renew its commitment to adequately fund public higher education if California is going to work its way out of this recession and generate jobs now and in the future.¿

Californians place an increasingly high priority on state spending for public colleges and universities¿70 percent consider it a very high or high priority, and 59 percent favor more state spending on public colleges and universities even if it means less money for other state programs. Many residents (58 percent) say a college education is necessary for success in today¿s workplace.

PPIC research also shows that the state will be short approximately 1 million needed college-educated workers by 2025, and among those polled who agree, 58 percent have little or no confidence in the state to plan accordingly. More information.