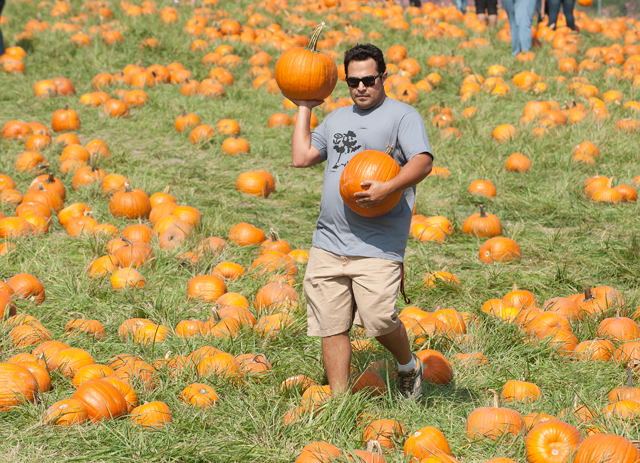 Burly Gourd is a milk stout brewed using fresh pumpkins from the Farm Store, seasonal spices and aged on cedar chips. It is available at The Bruery in Placentia and The Bruery Provisions, the company¿s tasting room in Old Town Orange.

Named after its founder Patrick Rue in 2008, The Bruery has doubled its beer production each year it has been open. The company is known for its specialty ¿one-off¿ beers like Burly Gourd. ¿We don¿t really brew beers more than once,¿ said Head Brewer Tyler King during a recent guest lecture in the Beer and Culture class at The Collins College of Hospitality Management. ¿It makes it more fun than brewing the same beer over and over again.¿

King trained under Collins College lecturer Owen Williams while Williams was the director of brewing operations at BJ¿s Pizza in Brea. Williams has enjoyed seeing King rise from apprentice to craftsman. ¿They are doing really well. The Bruery has a fantastic reputation,¿ he said. ¿Tyler is very dedicated to his craft. It¿s a treat to have someone of his caliber here on campus.”

Students in Williams¿ class had the opportunity to taste several of King¿s beers including Black Tuesday, a limited edition bourbon barrel-aged imperial stout that quickly sells out each year.