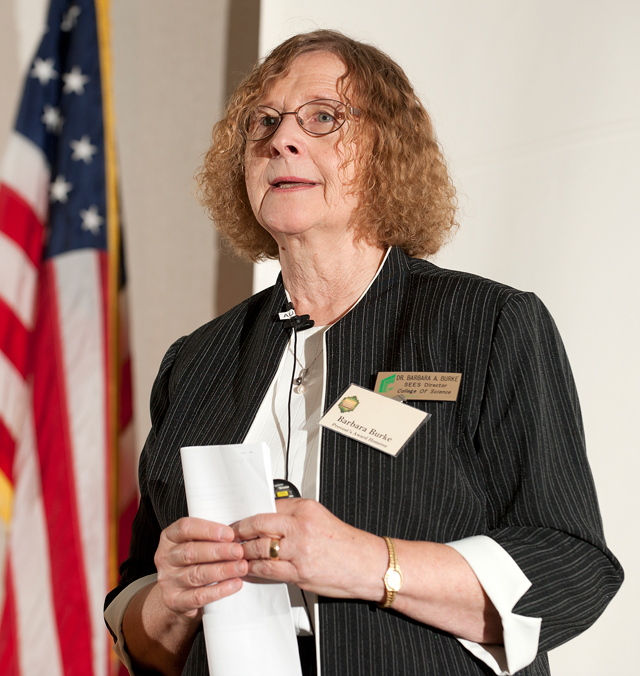 The three recipients of the inaugural Provost¿s Awards for Excellence shared their work and experience with an audience of faculty, staff and administrators at luncheon symposium Oct. 4. Keynote speaker Howard Charney, senior vice president of Cisco, spoke about information technology, the Internet and how they are transforming the world.

To watch video of the presentations, click on each speaker’s name.

¿Our SEES students have a lot of challenges. One of the challenges is that they come from backgrounds where they don¿t have any idea of what it¿s like to go to college. Most of their parents didn¿t go to college,¿ Burke said. ¿The students become a learning community. They go conferences together. They study together in our workshops and our study room. They also go to the same class together¿ as well as spending time talking about academics.¿ 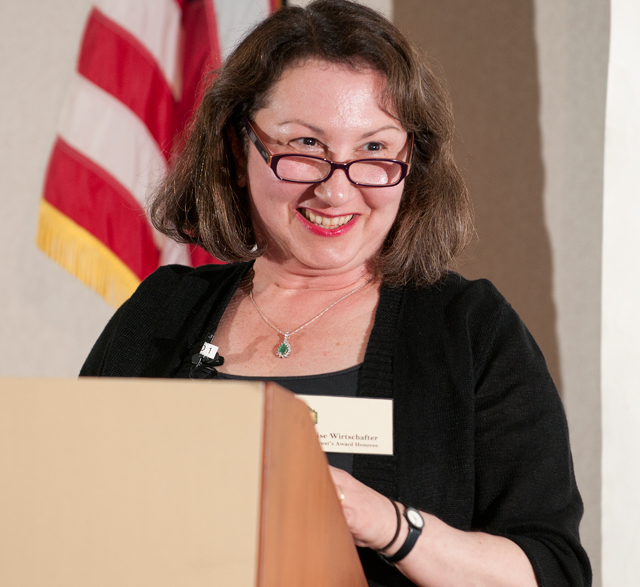 History Professor Elise Wirtschafter, recipient of the Award for Scholarship and Creative Activity, lectured on the period of the Russian religious Enlightenment during the reign of Catherine the Great. A distinguished expert on 18th century Russian history, Wirtschafter described how modern ideas from western Europe spread to an Orthodox Russian society.

Enlightenment thinkers aimed to reconcile innovation with tradition by creating a cultural bridge between religion and the idea of progress as ¿human flourishing.¿ They believed that all human beings have an an equal capacity for moral development, Wirtsacfter said.

Education may be viewed in a similar light, she said. There is joy in becoming enlightened, developing a mentor-mentee relationship, and engaging in a give-and-take discussion. ¿Education needs to be not just about getting a job or acquiring technical skills but also about nurturing the internal intellectual resources that bring happiness in times of hardship and preserve dignity in times of oppression.¿ 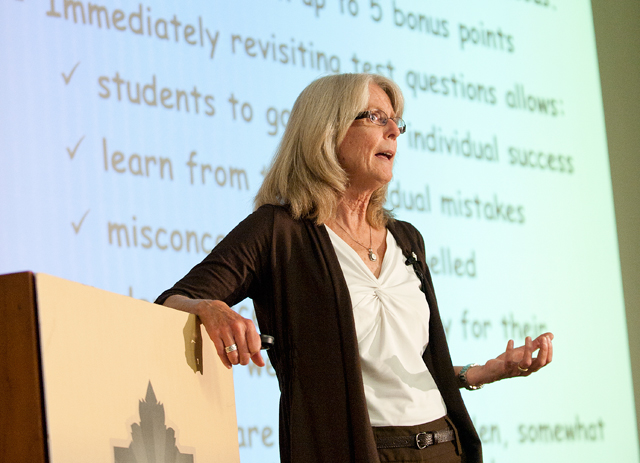 Teaching and learning are social processes that don¿t happen in isolation, said biological sciences Professor Tina Hartney, recipient of the Provost¿s Award for Teaching Excellence. In her introductory biology class, Hartney encourages group learning by giving students the option of re-taking the exam as a group, after students complete it individually. However, to qualify for the group exam, group members must meet at least twice before the exam to study course materials.

Hartney said she found that incorporating the group exam option into her course has made exam times less stressful, gives students an opportunity to learn from their mistakes, and many continue to participate in study groups after finishing her course because they have experienced their value.

¿Our students are social beings,¿ she said. Using this strategy, ¿the responsibility for learning [the material], falls in the right place…with students.¿ 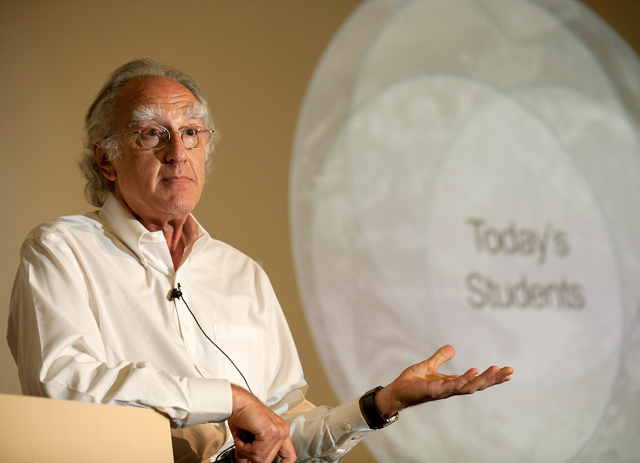 Howard Charney, a 35-year veteran of Silicon Valley¿s high-tech industry, an engineer, entrepreneur and patent law attorney, shared his perspective on a 21st century education. He sees universities having both a brick-and-mortar facility and a virtual presence that encourages social networking, blogs and video.

For today¿s students, online courses are the norm and they expect information — from any source — to be easily and quickly accessible. The evolution of students, as well as the evolution of technology and its role in society, can¿t be stopped, Charney said.

Universities need to be part of the change or ¿change will run you over and it won¿t stop,¿ he said. ¿You can drive and benefit from these technology-driven transformations.¿

Education leaders need to realize that colleges and universities are only one of the many influencers in students¿ lives. Forward-thinking institutions will recognize the shift and harness the power of participation using technology tools, he said.

Charney encouraged the university to partner with industry to help prepare graduates for 21st century professions. No longer confined to a single location, universities are global entities that should bring together faculty, staff, students, community members, partners and other key constituents.