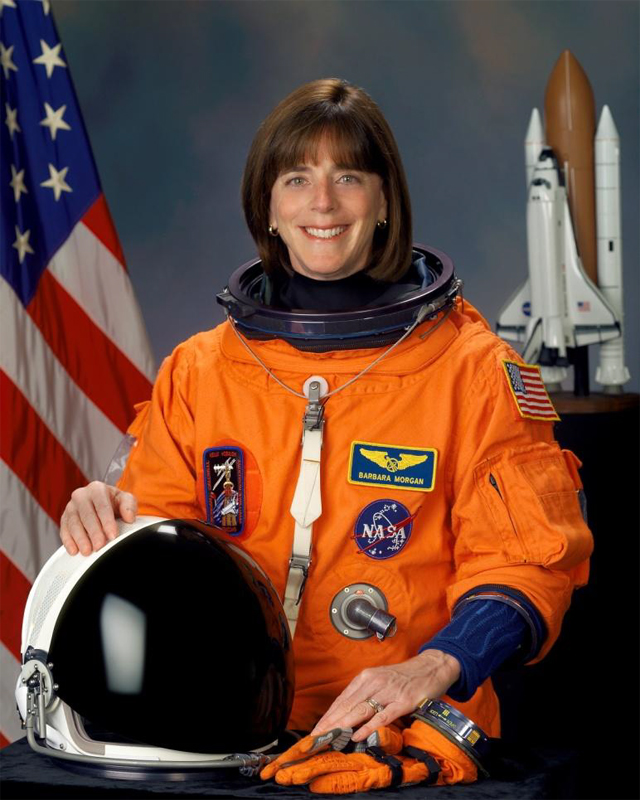 Former NASA astronaut and teacher Barbara Morgan will talk about space travel and the importance of teachers in science, technology, engineering and math at a presentation on Friday, Oct. 28.

Morgan was an astronaut with NASA for 10 years, during which she spent more than 305 hours in space. In 2007 she flew on the Space Shuttle Endeavour as part of mission STS-118.

Barbara Hacker, principal investigator of the ADVANCE grant, says there is something for everyone in Morgan¿s presentation, titled “The Sky is No Limit.”

“The talk is targeted towards the general campus community,” Hacker says. “She’s going to show some of her pictures and share her perspective of her space flight.”

Morgan served in the NASA Teacher in Space Program in 1986 and spoke to educational organizations across the country. She later worked as a mission specialist in 1998 on the International Space Station where, among her other duties, she participated in radio question and answer sessions with young people back on Earth.

In 2008 she retired from NASA to become the Distinguished Educator in Residence at Boise State University. Now she represents Boise State in science, technology, engineering and math education.

The campus-wide talk will be held in the Ursa Major Suite of the Bronco Student Center at 1 p.m. A question and answer session for math and science education and credential students will be held from 2:30 to 3:30 p.m. in Building 4, room 2-314.

To register for the events or for more information, email advance@cpp.edu.