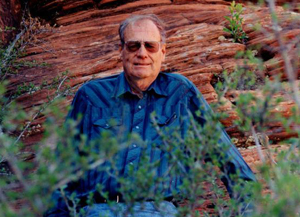 Willard taught at Cal Poly Pomona for 16 years from 1976 to 1992 where he oversaw the accounting department¿s taxation program and also owned a 300-client tax practice in Claremont. Willard is remembered among faculty as a student-focused professor who had extensive knowledge of his field.

¿He was an encyclopedia of tax knowledge,¿ says accounting Professor Robert Hurt. ¿There wasn¿t a question about tax that he didn¿t have an answer to.¿

Willard was born and raised in Arizona until he moved to Iowa to attend Graceland College (now Graceland University). After an automobile accident prevented Willard from completing his studies, he accepted a Naval Commission and learned to fly fighter jets. He later received a bachelor¿s degree from Northern Arizona University. Willard and his wife Minnie Jane Willard owned and managed a hardware store while he earned his master¿s degree from Arizona State University and his doctoral degree from the University of Arizona.