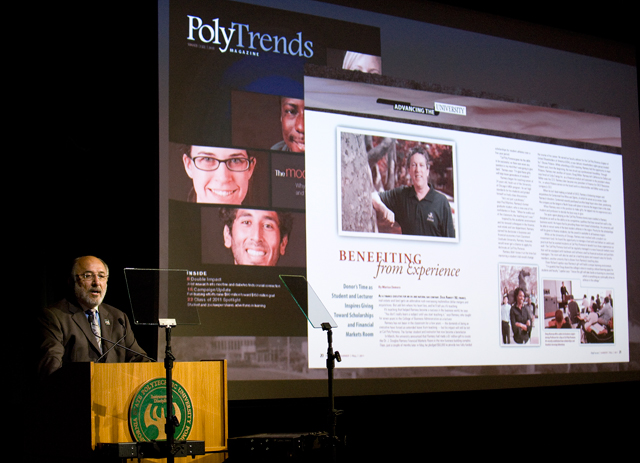 President Michael Ortiz called for the campus community to take charge of the future in the face of an uncertain economy, changing technologies and unidentified expectations of future generations of students.

¿We have our choice of creating our own destiny or become irrelevant,¿ Ortiz said during his convocation message at Fall Conference Monday. ¿Now, more than ever, we have to ask ourselves what will higher education look like in the coming decades. And are we ready for that challenge?¿

The Chancellor¿s Office will soon launch CSU Online to bolster online courses, address workforce needs, and increase opportunities for undergraduate and graduate education, Ortiz said. Other voices around the country are suggesting that an undergraduate degree could cost significantly less and not be tied to a single specific location.

¿I am calling on you to join me in a campus dialogue that will look at these issues. The future is now and we need a progressive course of action,¿ Ortiz said.

The president also gave an update on the progress of the $150 million comprehensive campaign. Last year was the university¿s most successful fundraising year in history, with nearly $60 million in cash and pledges raised, bringing the campaign total to $94.8 million.

One highlight of the campaign is a recent $200,000 donation from Laura Felzer in honor of her late husband Alan Felzer, an engineering faculty member who died in 2009. After reading a PolyTrends magazine story, she was inspired to establish the Alan Felzer Scholarship, which will support the Kellogg Honors College and Partners in Education. 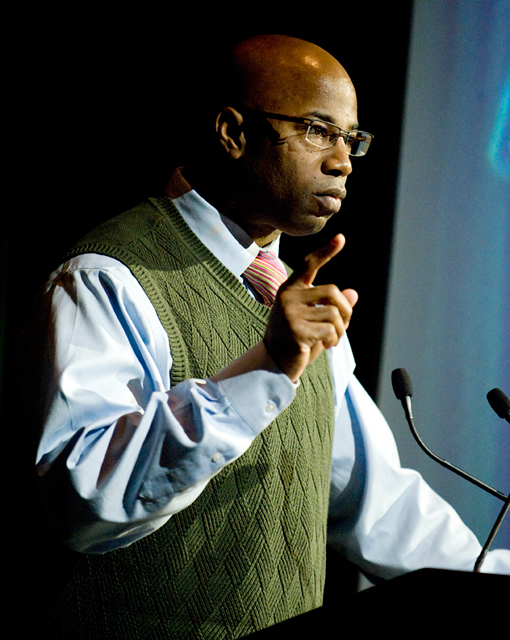 The president recognized Professor Renford Reese, this year¿s winner of the George P. Hart award, for his leadership on campus and in the community. Reese a 15-year faculty member of the political science department, is the founder and director of Colorful Flags, a human relations program that has served roughly 130,000 K-12 students throughout Southern California. He sits on the advisory boards for the Kellogg Honors College and Intercollegiate Athletics, has published five books, and was named Teacher of the Year in his department.

Several individuals were recognized for their achievement in the past year, including the Outstanding Advisors, faculty members earning tenure and promotion, and the Outstanding Staff Award recipients. To see a list of the honored individuals, download a PDF of the transcript .

To watch the video of the Fall Conference address, visit www.youtube.com/watch?v=QwdWycNul_I.