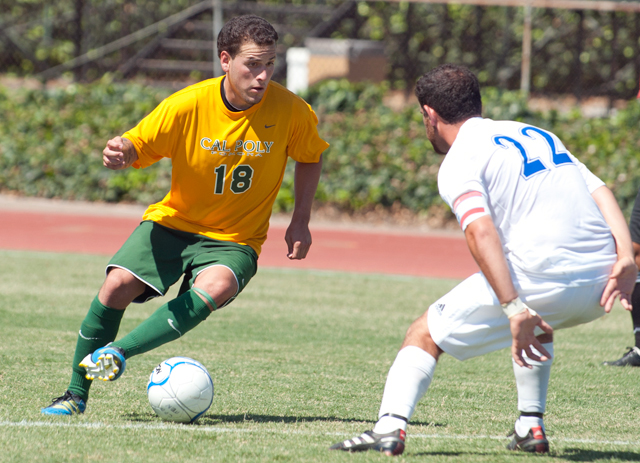 Gonzalez, a senior from Long Beach, had a big offensive week in helping the Broncos to victories over No. 21 Sonoma State and Humboldt State as he tallied eight points on four goals, including a hat trick on Sunday.

The 2010 All-American scored the lone goal in Cal Poly Pomona’s 1-0 win over Sonoma State and concluded the weekend with three goals, including the game-winner, in a 5-1 victory over Humboldt State.

Gonzalez played just 18 minutes Sunday in the rout of the Lumberjacks and scored three times in that short span, raising his season total of goals to a conference-best eight and his career total to 20 for a tie for fourth on the Broncos’ all-time leaderboards.

This marks the second time that Gonzalez has earned the CCAA weekly honor. Last year he received selection for the week of Oct. 18 to Oct. 24 after setting a new single-match record for the conference in points with 10 against Cal State East Bay.

Cal Poly Pomona is next in action on Friday when it hosts Cal State L.A. in a battle of the South Division’s top two teams.