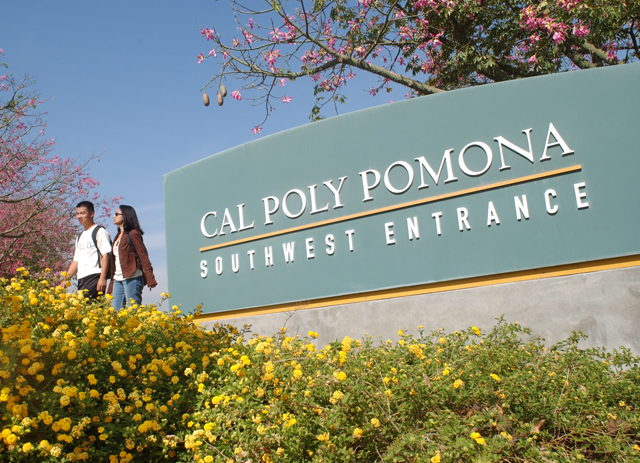 Cal Poly Pomona has again placed highly in U.S. News & World Report¿s ranking of public universities, tying for sixth among non-doctorate-granting institutions in the West. The university also drew high marks for its College of Engineering and its commitment to diversity on campus.

Among both public and private regional universities, Cal Poly Pomona ranked 33rd in the West, a region that comprises 15 states from California to Texas and Alaska to Hawaii.

¿Rankings are always worth noting, but even more important is how our graduates rate with employers and how successful they are in pursuing advanced degrees,¿ said Michael Ortiz, the university president. ¿We continue to meet the challenge of preparing students for successful careers, which is a testament to our fine faculty.¿

The College of Engineering was ranked 16th nationally among universities ¿ and second among public universities ¿ whose highest degree is a bachelor’s or master’s. The college, established in 1957, produces one of every 15 engineers in California.

¿We are proud of the College of Engineering and its achievements,¿ said the dean, Mahyar Amouzegar. ¿Despite the severe budgets cuts in the past several years, we have been able to continue to produce the best engineers in the country, thanks to the dedication of our faculty and staff and our adherence to the philosophy of learn by doing.¿

Cal Poly Pomona, with a student body that is one-third Latino, one-quarter Asian and 3 percent black, was tied for eighth most diverse among regional universities in the West, and was tied for the third most diverse CSU, behind East Bay and Long Beach. Nationally, only two universities outside the West had a more diverse campus. The findings were based on 2010-11 admissions data.

A celebratory soirée on Sept. 30 for the 21-and-over set is a fundraiser benefiting students and programs at the Don B. Huntley College of Agriculture. Pumpkin Fest kicks off on…