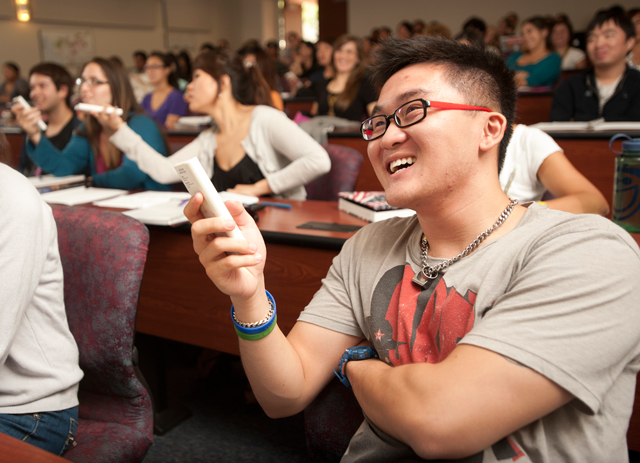 Peggy Kelly sees the differences whenever she steps into the Quad. Jack Fong does as well from his classroom. And Ray Wang has perhaps the best vantage point of all ¿ the second floor of the library. What they are witnessing is one of the most significant changes at Cal Poly Pomona in its 73 years. It isn¿t the new buildings, the environmental initiatives or even the hiring of some of the best minds in academia.

It¿s folly, of course, to make sweeping comparisons among generations. ¿Modern students¿ have been assessed and critiqued since the time of Socrates, and each generation claims its unique place in the world. It¿s also folly to assume that any two students among the nearly 20,000 now on campus have an identical story. With that said, an unmistakable seismic shift in higher education has occurred in the past decade and it is gaining momentum with the admission of each freshman class.

The clearest manifestation of that shift is the centrality of technology. Today¿s students, the Millennial Generation, grew up alongside the Internet, came of age with social media, and were among the first to master smartphones. Learn by doing was hard-wired into their mindset long before they stepped on campus.

¿I find them really amazing,¿ says Wang, dean of the library. ¿I admire the kind of ability they have. They are so connected because of technology.¿

Kelly, dean of the College of Education & Integrative Studies, agrees. 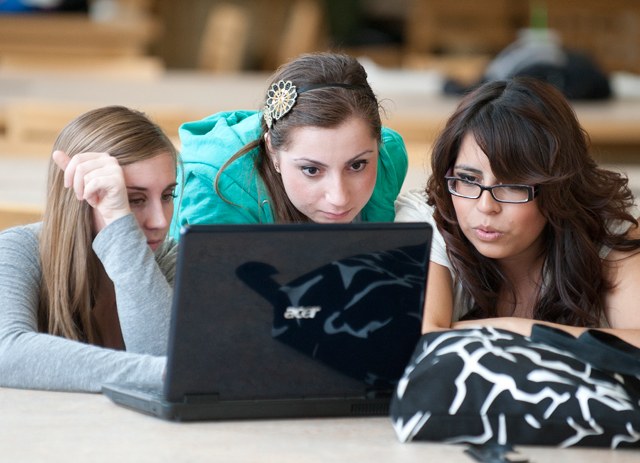 ¿They¿re the digital natives, and we¿re the digital immigrants,¿ she says, pointing to the bottom of her bookshelf, which contains her voluminous research on the role of technology in the classroom. ¿I don¿t even have a degree in it,¿ she says. ¿I¿d already earned my doctorate when the world changed.¿
Her research shows that students improve their conceptual understanding significantly when they use technology to access information and collaborate, as well as manipulate variables in research when a real-world alternative isn¿t possible.
¿Today¿s students ask far more questions and challenge assumptions, but they also can get lost in the myriad of information available to them,¿ Kelly says. ¿So they gradually learn to be critical about the information they seek. They multitask in ways that drive us crazy. But they are learning ¿ learning in their own way.¿
Finding ways to engage students beyond the traditional lecture-discussion is a priority in every college on campus. Hands-on learning has long been among Cal Poly Pomona¿s strengths, with virtual hands now part of the equation. Smart Boards, distance learning, cutting-edge software and access to experts and colleagues around the world ensure that the digital immigrants and natives can thrive.

¿Cal Poly Pomona has phenomenal faculty who have stepped up to the plate in a major way, and it¿s not the age issue you might think,¿ Kelly says. ¿I¿ve seen senior faculty use Twitter to interact with their students.¿

Perhaps more significant than technology itself is the modern student¿s approach to learning. Simply reading an assignment, writing down what the professor says and referring to it before a test is old-school.

Fong, an assistant professor of sociology and a 1992 alumnus, knows firsthand how much the dynamics of education have changed in the 20 years since he was an undergraduate.

¿Technology magnifies the assembly of knowledge, and students today are greater experts at that assembly,¿ he says.

Often, when Fong lectures on a theorist or topic, one or two students with laptops serve as volunteers to search Google Scholar for additional works by the thinker, as well as specific sociological concepts or issues that can enhance their understanding. Students are then given a few minutes to read the abstract and search the University Library¿s databases since the abstract frequently lays out the hypotheses, methodologies and findings of the research.

¿When they find the particular target article, they send it to me via email and I employ the smart classroom¿s media to immediately open up the article for further discussion,¿ Fong says. ¿This approach brings a sort of immediacy, even urgency, to the topic.¿

When Fong looks out at his class in Building 5, he sees students fixated on their laptop or tablet computers recording what he¿s saying, fact-checking online, looking up a word or phrase they¿re unfamiliar with, seeing what others in the field are thinking ¿ and messaging their friends or checking Facebook. 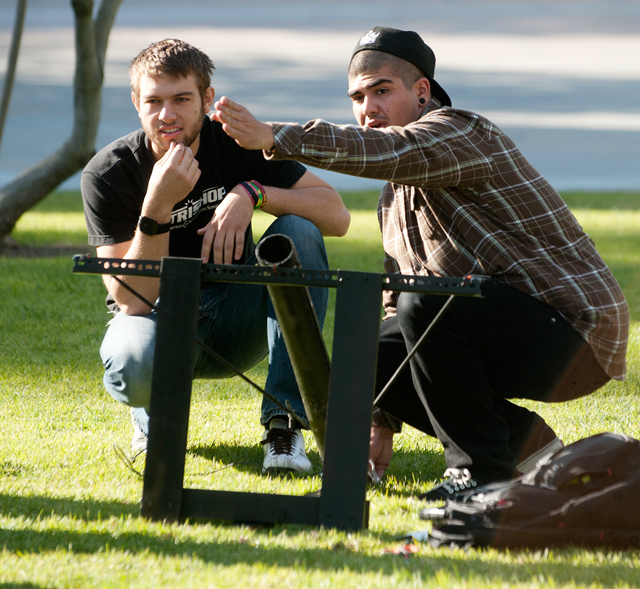 ¿Students today are greater experts at getting information, but they also have a lot more recreational avenues with technology that can pull them away. Ultimately, it boils down to the ethos that the student has.¿

The new approach to learning is even more manifest in the library, which remains a hub for reading, research and recreation, drawing 8,000 visitors a day. The library has bent over backward, Wang says, to engage the modern student. Make no mistake, part of the building still looks and even smells like a traditional repository of knowledge, with row after row of books and areas for quiet contemplation, but an increasing amount of space is dedicated to interaction and active learning. Wang points to the open-air, window-lined reading area, the 43 rooms with Smart Boards, the ubiquitous network connections and discussion areas. And it¿s no accident that Starbucks is right downstairs.

¿We say treat this as your living room ¿ not your dining room, but your living room,¿ Wang says with a smile. ¿We will not say no. Come to this place. It¿s a vibrant part of academic life.¿

Modern students not only think differently, they infuse the campus with new ways of looking at the world. Cal Poly Pomona, a largely white, all-male bastion 50 years ago, is home to a rich diversity of cultures, backgrounds, experiences and world views. It is now a majority-minority campus that is more than a quarter Latino, Asian and white, and slightly more male than female.

¿When I was here, diversity meant a white population with driblets of minority students. Today the egalitarianism is very explicit,¿ Fong says, though he is concerned that some people might become complacent.

¿I see a retreat back to cultural comfort zones, with cultural pockets and grudging acceptance of the unknown,¿ he says, residue, perhaps of the suspicions and apprehensions that were stirred after 9/11. With that said, he sees tremendous opportunity in the changing face of the university.

¿Diversity is an opening for people to learn diplomacy,¿ he says. ¿Why go to Stanford and study international relations when you can go to a classroom with such a variety of students?¿

One stereotype that is hard to avoid on campus is the image of students crossing campus, eyes fixated on an iPod while listening to music, checking text messages or perhaps talking on their cell phone. How can they have a social life when they¿re plugged in 24/7? Kelly says relax, the kids are alright.

¿Most of our students are every bit as social as students 10 or 15 years ago,¿ she says. ¿They have even more interaction because of texting and social media. And for those who are socially awkward, texting has become a good thing because some people are better with the written word.¿

So, who is the modern student? Wang says he or she is not only a very different learner, but a model for the future of education.

¿We are in an amazing time in that we can really learn from them: how they process information, how they view the world, how they connect with each other.

¿They can show us a thing or two. We used to know better because we¿ve been there, but we haven¿t been here. They live in the future.¿